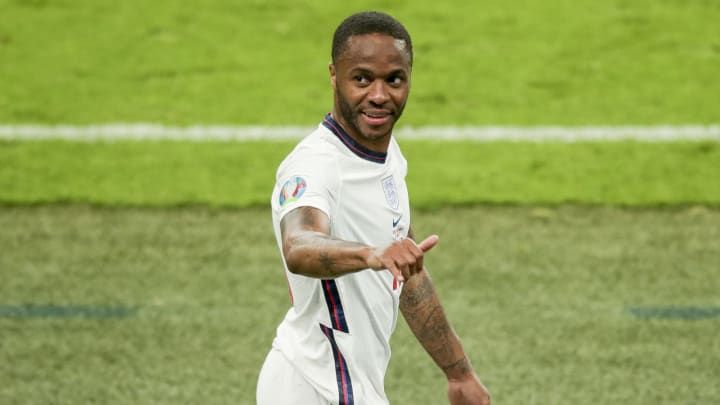 More than two-thirds of the games at Euro 2020 have been played, but still 16 teams remain. It is time for this tournament to ramp up.

Impressive group stage performances will swiftly be forgotten now if there is no progress beyond the last 16.

But who looks best positioned to enjoy success heading into the knockout rounds? The Stats Perform Euros Prediction, created by Stats Perform’s AI team with the use of Opta data, attempts to answer that question.

This model estimates the probability of the outcome (win or loss) of each match, using betting market odds and Stats Perform team rankings, which are based on historical and recent performances. It considers the strength of opponents and how difficult each team’s route to the final now looks.

The remainder of the tournament has then been simulated 40,000 times, with each outcome analysed, providing a percentage to assign to each of the remaining 16 teams to show their chances of lifting the trophy.

With the bracket now in place, the picture is becoming clearer, with every nation ranked below…

Austria’s performances prior to matchday three had not hinted at the sort of display that would sweep Ukraine aside, but they attempted 18 shots and their single goal was enough to advance from the group for the first time at a European Championship.

It may not take long to dampen spirits, though. Italy are up next and Austria are given only a 24.1 per cent chance of getting through to the quarter-finals, let alone winning the tournament.

Croatia were finalists at the 2018 World Cup and are becoming knockout stage veterans. After escaping the group in only three of their first eight major tournaments, they have now done so at three in a row.

Last 16 opponents Spain still have greater pedigree, though, having just recorded their 50th tournament victory. Croatia are only given a 19.0 per cent chance of winning that tie – hence their remote title hopes.

Four points from their first two matches put the Czech Republic’s fate in their own hands against England, able to win the group with merely a draw.

As it turned out, none of the three potential opponents were particularly appetising. They will play the Netherlands, where victory is only considered a 25.2 per cent likelihood.

Wales are in the round of 16 / Marcio Machado/Getty Images

Wales maintained their record of advancing to the knockout rounds in every major tournament they have appeared at and also look to have landed in the easier side of the draw.

However, opponents Denmark have momentum and are considered clear 66.7 per cent favourites in the last 16, with a repeat of Wales’ semi-final run rated at 11.8 per cent.

Ukraine and opponents Sweden will both see a huge opportunity to make the quarters, although Andriy Shevchenko’s men thought defeat to Austria had ended their hopes.

The fortunate third-placed Group C side still cannot be overly confident, without a Euros clean sheet in their nine appearances and facing a Sweden team who have just scored three goals in a game at the tournament for the first time since 2004.

Switzerland are through / Marcio Machado/Getty Images

In beating Turkey on matchday three, Switzerland broke new ground. A 3-1 win saw the Swiss score more than two goals in a Euros match for the first time, having only previously netted nine times in the history of the competition.

They will do well to even come close to a repeat, with France up next, meaning Switzerland are rated at just 25.4 per cent to make the last eight.

Sweden bowed out of the World Cup at the quarter final stage three years ago and could yet get a rematch against 2018 opponents England at the same stage in Rome.

To do so, they will have to beat Ukraine, although a 63.3 per cent mark suggests they have a great opportunity to do so. With a 17.8 per cent chance to make the semis, further progress appears unlikely.

Mikkel Damsgaard is one to watch / Wolfgang Rattay – Pool/Getty Images

In extremely difficult circumstances, Denmark became the first team in European Championship history to lose their first two group matches and still advance. They finished second in Group B thanks to a 4-1 win over Russia – the fourth time they have scored four or more at a major tournament.

Denmark have won each of their past three competitive meetings with Wales and are backed to do so again, while even a slightly trickier quarter-final against the Netherlands or the Czech Republic gives them a 31.0 per cent chance of victory.

At various points on Wednesday, Portugal were first, second, third and fourth in Group F. They finished third, though, and that means an awful draw against Belgium. Indeed, the Red Devils are among four of the top seven on this list in the defending champions’ half of the draw.

Portugal, who have a mere 32.7 per cent chance of progressing to the last eight, have picked a bad time to start shipping goals. They have conceded six across their past two games, as many as in their prior 11 Euros matches.

Italy are on track to break one record and tie another when they tackle Austria. A 31st game without defeat would be a new benchmark, while a 12th clean sheet would match their best run of 12 between 1972 and 1974.

Austria are surely unlikely to check the Azzurri’s momentum, but potential quarter-final opponents Belgium or Portugal might. Italy have only a 13.2 per cent chance of making the final.

This is only the third time England have won their group at the European Championship – although doing so merely means they must play old rivals Germany next.

The Three Lions will back themselves to at least keep that game tight, though. They are the lowest-scoring side ever to top a Euros pool (two goals) but also kept a clean sheet in all three matches, with 15 shutouts in their past 19 in all competitions.

No side have more 100 per cent Euros group campaigns than the Netherlands, with this their third after 2000 and 2008. The Oranje have scored two or more goals in 10 straight matches in all competitions, too.

The Czech Republic represent the first step on a relatively kind path to the final, a stage they have the third-best chance of reaching (24.1 per cent).

Germany avoided a repeat of their World Cup group stage exit, but it was nervy against Hungary. They were one of only four teams to concede first in each of their matches. The others – Turkey, North Macedonia and Poland – have all been eliminated.

The model makes Germany underdogs against England – 45.4 per cent – but they are backed to go further than the Three Lions should they successfully negotiate that tie.

After a tough start to the tournament, Spain played surely their easiest game against Slovakia, tying a European Championship record with their margin of victory as they scored five for the first time in the competition in a 5-0 success.

It is less than three years since La Roja netted six against next opponents Croatia, but even an unlikely repeat would set up a daunting quarter-final, potentially against France.

Lukaku has been in fine form / Isosport/MB Media/Getty Images

Roberto Martinez’s Belgium have been in imperious form, winning each of their group games as they did at the 2018 World Cup. That campaign ended with a 1-0 semi-final defeat to France, which was the last time the Red Devils failed to score.

But Belgium are about to be subjected to a gruelling run through the knockout stage. First, it is Portugal, then potentially Italy. France could be semi-final opponents, with Martinez’s men a 45.8 per cent shot to get that far.

France are the team to beat / Alex Pantling/Getty Images

Only one of the top three can make the final due to the nature of the draw, but world champions France are marginally considered the most likely at 27.6 per cent.

Les Bleus have a familiar feeling heading into the last 16, having gone unbeaten in the group stage but drawn on matchday three at four tournaments in a row now.