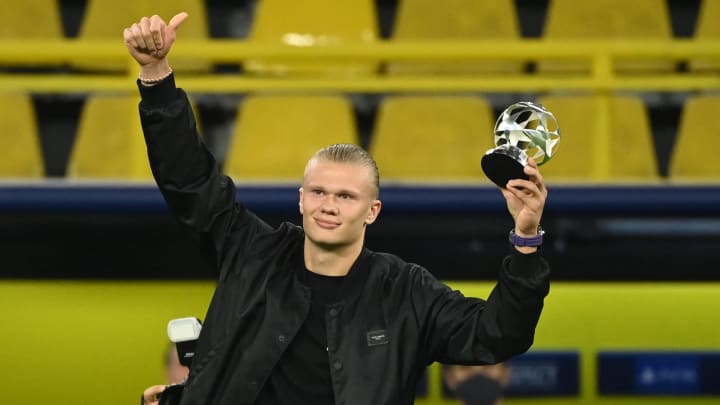 Erling Haaland will miss Norway’s October fixtures as he has not fully recovered from a thigh injury that has sidelined him for Borussia Dortmund in recent weeks.

Haaland made an electric start to the season prior to picking up the knock, registering seven goals and four assists in just five Bundesliga games.

However, he has not featured in any of his side’s last three matches, missing league outings against Augsburg and Borussia Monchengladbach, as well as a Champions League victory over Sporting CP.

Due to this, there had been major doubts over his availability for Norway’s matches against Turkey, Montenegro and Latvia this month with club manager Marco Rose revealing that the player had still been struggling to walk over the weekend.

“Erling has been trying to play for days now… He told me, ‘I would love to play, but I can’t move the way I want to. I can’t even walk,” Rose said.

“This is the status quo we are working with, and I think it would be clever if we could all stop speculating. I understand the Norwegian federation. He is a human being, not a machine. If it doesn’t work, it doesn’t work.”

Haaland has since ended this uncertainty, tweeting the following on Monday morning: “Hi folks, sorry for not getting ready for the national matches. Had enjoyed myself. Anyway, good luck to Norway.”

Haaland should recover in time for his side’s Bundesliga game against Mainz on Saturday 16 October, according to Dortmund sporting director Sebastian Kehl.

“I strongly assume that Erling can then be back on the pitch,” Kehl told Kicker when asked if he would miss the fixture.

Dortmund need Haaland back and firing on all cylinders if they are to mount a serious title challenge this season. They currently sit third after seven games, just a point adrift of Bundesliga leaders Bayern Munich.

‘Chained by the pressure’; Marsch explains why Leeds not at races in damaging Villa loss