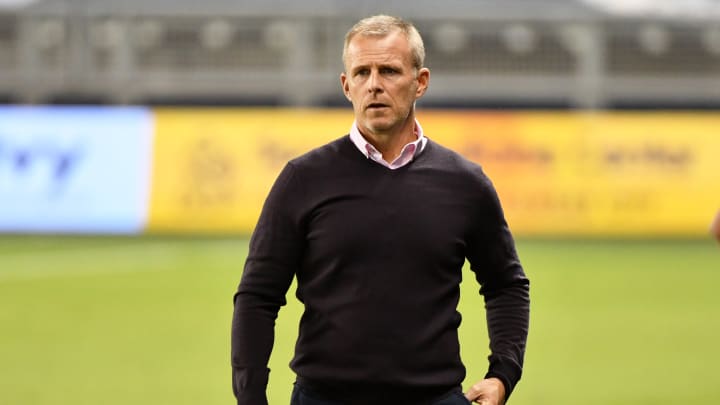 After five consecutive draws, Nashville SC took another crucial hit to their potential playoff run by suffering a 1-0 defeat against the Philadelphia Union.

While both Nashville and Philadelphia have 49 points, Saturday’s result put the Union up to second in the Eastern Conference table, leaving Nashville in third.

“If you’re going to trouble their goal, if you’re gonna beat those teams, you’ve got to have a few players step forward and make the difference,” Nashville SC head coach Gary Smith said. “At the moment, we’re far too reliant on CJ Sapong and Hany Mukhtar.”

While Nashville SC were hot in the summer, they have cooled off in the fall, posting a 3-2-5 record since a 3-1 home win over New York City FC on September 3. The club’s 16 ties so far this season is the second most in a campaign in league history.

With a trip to rivals FC Cincinnati on the horizon this Wednesday, they need three points now more than ever in order to help secure a playoff spot for a second consecutive season.

Should Nashville clinch a playoff berth this week, they will become just the fifth team in league history to make the playoffs in each of their first two seasons. Winning their first match in over a month would go a long way towards both making it a reality and establishing positive momentum as the regular season draws to a close.

While Cincinnati are in last place in the league with just 20 points this season, Smith is still wary of their offensive attack prior to the midweek fixture.

“What you know about Cincinnati is that they have a wealth of attacking talent, they’ve put all their eggs in one basket to be creative, to try and score goals and entertain their fans at home,” Smith added.

“That’s not always been good enough, they’ve let goals, but I don’t expect anything other than an exceptionally tough game.”

No Mohamed Salah, no problem