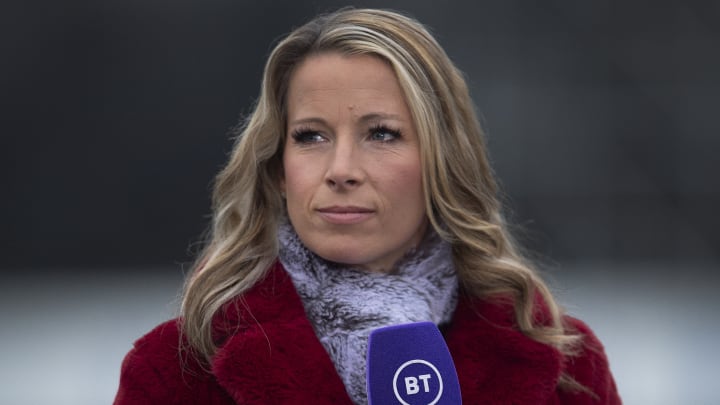 Exclusive – Former England number one Rachel Brown-Finnis has explained the crucial role that specialised coaching has played in producing quality goalkeepers in women’s football, suggesting it is ‘no surprise’ to now see a talented pool of Lionesses stoppers emerge as a result.

Mary Earps has been England’s starter so far this season but there is fierce competition just to get into the squad, which is a hugely positive position for the national team to be in.

Ellie Roebuck has missed recent games for Manchester City because of injury, but is widely expected to be long-term England number one. Yet there is also competition from Sandy MacIver and Hannah Hampton, as well as more established names like Earps and Carly Telford.

Brown-Finnis, who was an England international for 16 years until 2013 and played over 80 times for the Lionesses, suggests the key reason for such improvement in the position is proper coaching – something she admits she never consistently had during her own career.

“The depth of goalkeeping is very different to what it was,” she explained.

“We’re starting to see Sandy MacIver, Hannah Hampton, Ellie Roebuck, all just in their [early] twenties and really vying for that first-team [England] spot. The great thing is that they’re all playing regularly at their clubs.

“For goalkeepers especially, you can practice a certain technique in training but might only implement it in three matches all season, so the actual repetition in a match is far less than any other position. Minutes under the belt for a goalkeeper is key to improve.”

Brown-Finnis isn’t surprised to see the immense progress in a position that has been criticised in the past. The women’s game has moved on considerably even in just the last few years, with all WSL clubs fully professional and goalkeepers exposed to regular specialised coaching from an early age.

“It’s no real surprise that we’re getting goalkeepers at a young age ready for first-team action because they’ll have had goalkeeper training through the academies, through the regional training centres for 10 years up to that point [of reaching the first-team level],” she pointed out.

“It’s really positive change. The thousands of hours of practice I might have had at certain stages of my career, they’ve already smashed that.”

She added: “For anyone involved in women’s football at the moment, I feel really proud of where it’s at,”

“We’ve got a record number of women and girls playing football. We’ve got so many initiatives like the Wildcat hubs for 5-11 year old girls, just for participation, as well as the pyramid with the RTCs, all of the England youth teams and the professional domestic league – all things that weren’t in place when I started playing football.

“To have been able to have been a part of that movement to where women’s football is now, I’ve [got] absolutely nothing but pride.”

It is former players, like Brown-Finnis, who are more in tune than anyone else with the needs of female footballers to reach the next level, playing a huge role in driving the game forward.

“That wouldn’t have happened, even probably five years ago, there were not the opportunities. Women’s football has grown so much and it’s a pleasure not only to have been a part of that, but to still be driving that forward.”

Ultimate Goal series two premieres on BT Sport 3 on Tuesday 2nd November at 10.15pm, with episodes airing over the next five weeks on Tuesdays on BT Sport. All six episodes from series two will be available to watch via the BT Sport App from Wednesday 3rd November.