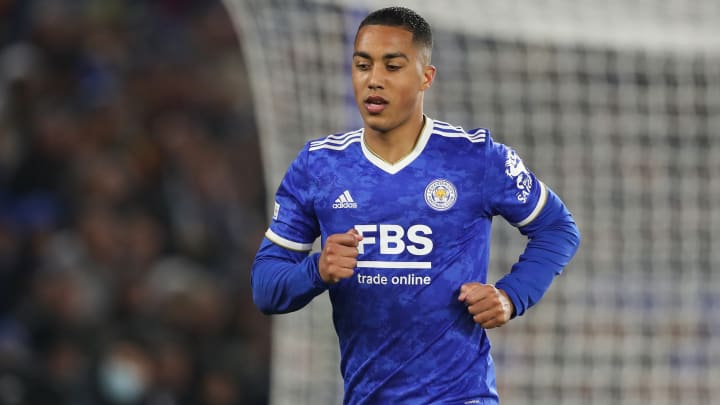 Leicester midfielder Youri Tielemans has withdrawn from the Belgium national team because of the injury he picked up against Leeds United at the weekend.

Tielemans was taken off in the late stages of Sunday’s 1-1 draw following a collision with goalkeeper Illan Meslier.

According to HLN, initial scans have identified damage to Tielemans’ ankle and calf, and the early estimate is that the midfielder will miss between two and three weeks while he recovers.

Instead of reporting for international duty, Tielemans has remained with Leicester, where he will undergo further tests to determine just how long he will remain on the sidelines.

He will miss Belgium’s upcoming meetings with Estonia and Wales, but Leicester will also be sweating over his fitness as they will welcome Chelsea to the King Power Stadium on November 20.

Tielemans’ involvement in that fixture is in obvious doubt, and the same goes for the Europa League clash with Legia Warsaw and the visit of Watford in the following week.

The 24-year-old currently finds himself on a run of 67 consecutive Premier League appearances – the longest of any outfield player in the position – but that looks set to come to an end.

Instead, Tielemans will join centre-back Wesley Fofana on the sidelines.

Brendan Rodgers may be about to lose one of his most important players, but the boss hopes to welcome back Marc Albrighton after the international break and there is also a confidence that full-back James Justin will be back playing games in the coming weeks too.

Justin hasn’t been seen since February, when he suffered a nasty knee injury which ended his outside hopes of making the England squad for Euro 2020.

Update on the future of Arsenal striker Alexandre Lacazette emerges

Kotal & Bose believe that playing at the Salt Lake Stadium will be a ‘big...