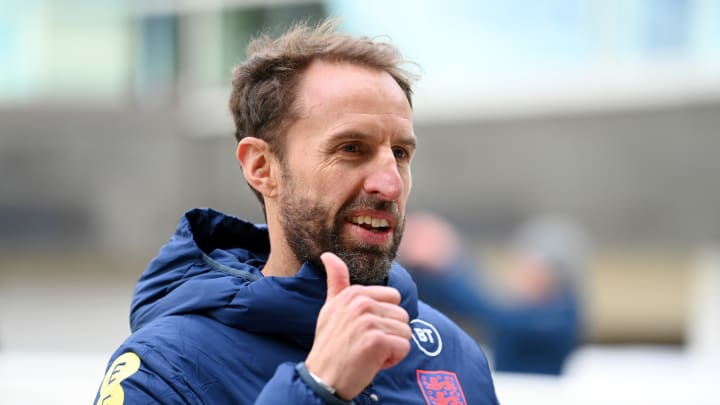 Gareth Southgate is already the second most successful manager in the history of the England national team. You wouldn’t know it by the way he’s talked about, however.

Let’s start with the facts before truly opening that can of worms, though.

Southgate has led the Three Lions to a World Cup semi-final – only Sir Alf Ramsey and Sir Bobby Robson have managed that. He then led them to the final of the European Championships – no England manager had managed that. Everyone got that? Ok, cool.

Reports began circling on Friday – mere hours prior to England’s 5-0 win over Albania – that Southgate was close to agreeing a new deal which would run until the end of Euro 2024.

There were big questions over why this was necessary before World Cup qualification has even officially been secured, but Southgate has enough stock that even a poor campaign in Qatar shouldn’t be enough to oust him from the job.

Then came the team news for the Albania clash – a back five with two defensive midfielders.

Except that’s not the be-all and end-all of the conversation. In fact, wing-backs Reece James and Ben Chilwell have scored seven Premier League goals between them this season, two more than forwards Raheem Sterling, Phil Foden and Harry Kane combined.

Southgate’s England have been built around a solid defensive structure, attacking wing backs, aerial prowess and set piece dominance – all of which were present as the Three Lions smothered Albania in a suffocating first half display, in addition to showing off some scintillating stuff from open play.

Sometimes this approach isn’t always pretty, but it’s sure proven to be more than effective. The list of international sides who consistently play attractive football and reach the latter stages of major tournaments is a very short one.

Southgate gets to see his core crop of players for around two weeks at a time and once a month at most outside of tournaments. To instil an attacking, free-flowing philosophy would be hugely difficult – as was proven by his experimental team in the home draw with Hungary last month.

Continuity is one of the most important aspects of international football, and if Southgate’s side get to Qatar each knowing their roles back to front, then it’ll serve them well. This England group already have several scars from previous tournaments and plenty of them have won either the Premier League or Champions League.

Needing four points from their final two qualifiers, now was not the appropriate time for Southgate to tinker with his winning formula. But England head to San Marino off the back of one of their most emphatic performances in years.

In Southgate they have a manager not only socially aware in such a divisive social climate, but one who is willing to learn and grow together with his players – he’s done enough to earn the nation’s trust.

Jules Koundé is one step away from joining Chelsea