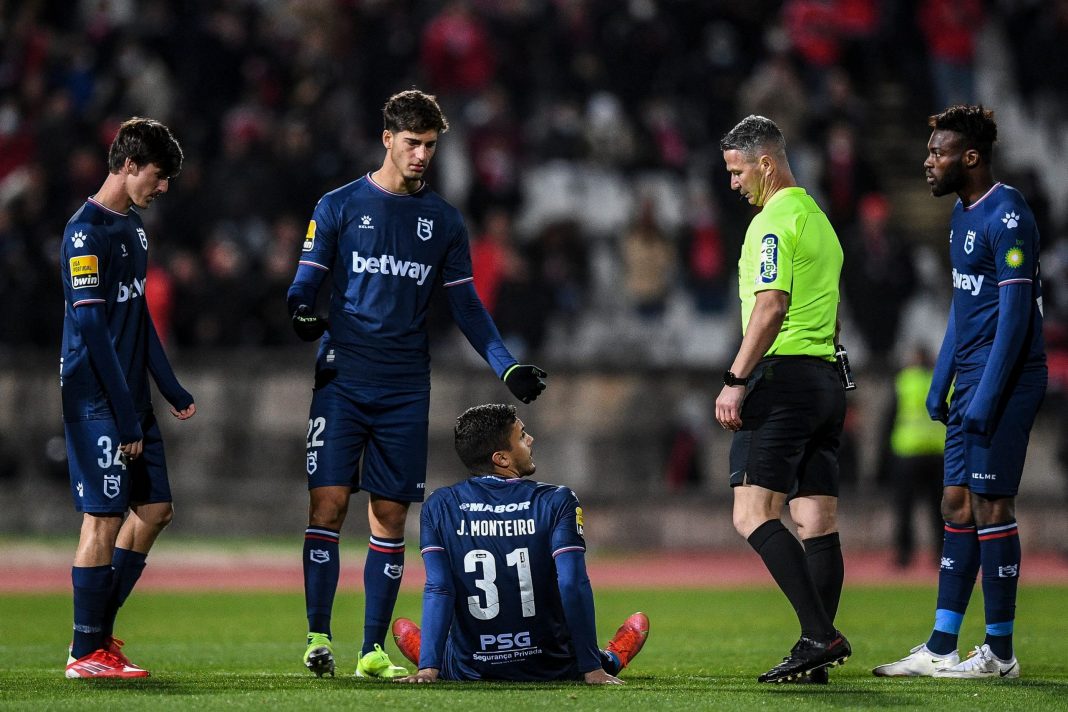 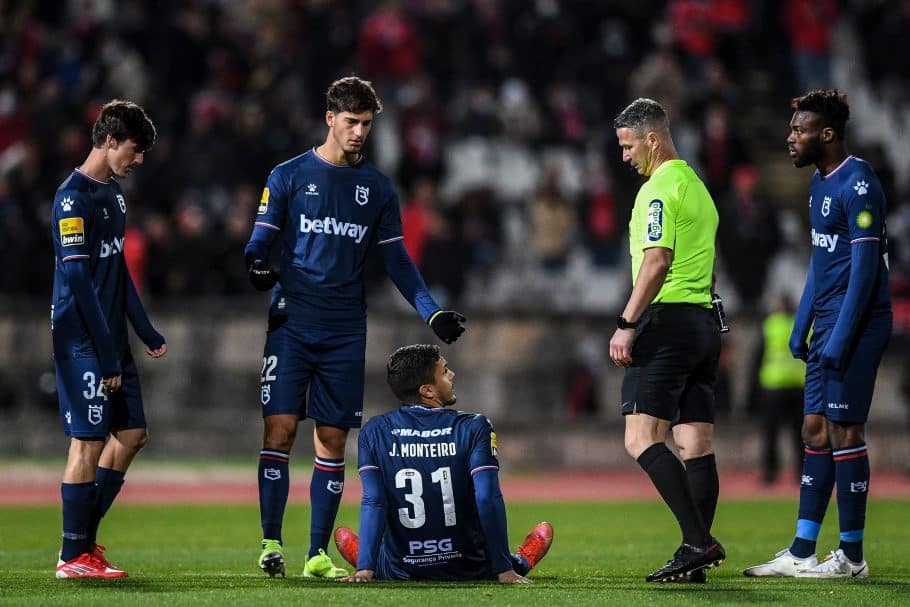 One of the most bizarre affairs likely to be seen across the world of football all season played out in Portugal late on Saturday evening.

In the buildup to the matchup, visitors Benfica were understandably viewed as widespread favourites, having previously rattled off nine wins and a draw from their first ten outings of the campaign.

What few would likely have predicted, however, was just what a one-sided s**tshow was in fact set to play out.

Ahead of kick-off, word began to make its way online that a major Covid-19 outbreak had seen Belenenses’ squad ravaged, with a full 14 members of the club’s squad forced into self isolation.

In turn, the immediate assumption was that the clash would simply be called off, to be played out at a later date.

Bizarrely, however, this did not prove to be the case, with the hosts therefore left with no choice but to field a nine-man starting line-up, featuring a pair of goalkeepers:

Matters into their own hands

Benfica, from here, showcased little mercy, in opening the evening’s scoring with just 24 seconds on the clock, before adding 6 (yes, SIX) more goals before the half, courtesy of all of Darwin Nunez (3), Haris Seferovic (2) and Julian Weigl.

After Jorge Jesus’ men reemerged for the 2nd-half, however, it quickly became clear that Belenenses were not prepared to simply play out another 45 minutes of torturous, and frankly unnecessary one-sided action.

After all, Benfica had racked up 17 shots and 83% of the possession over the course of the first-half.

In turn, just seven of the home side’s initial 9-man line-up made their way back into the pitch.

The referee, under orders to restart proceedings amid a now-laughable scene in Cruz Quebrada, subsequently blew his whistle, to kick the 2nd-half into gear.

But, just moments after the restart, one of Belenenses’ stars went to ground with an ‘injury’, assumed to be non-existent, leaving the man in the middle with no choice but to bring a definitive half to the clash.

This of course comes with the game’s rules dictating that no team is permitted to continue playing their part in a match without a minimum of seven players.

The fixture, as a result, was officially abandoned, amid a frankly embarrassing night all-round for Portuguese football…

Ref blows his whistle, immediately a B-SAD player goes down saying he’s injured. That’s it. Match officially over. What a farce.

Everton weigh up Barcelona hijack for Adama Traore thanks to transfer connection to ignite summer...