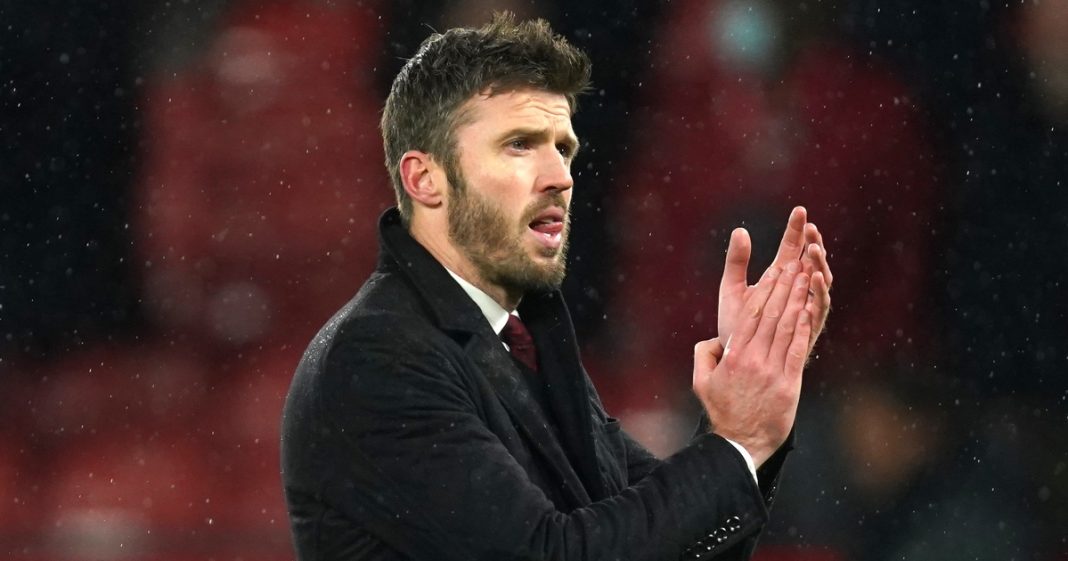 Michael Carrick has decided to leave Man Utd with immediate effect after their 3-2 victory over Arsenal at Old Trafford.

The former midfielder worked as a coach under Ole Gunnar Solskjaer and became caretaker boss following the Norwegian’s sacking. He took charge of a Champions League win over Villarreal and a Premier League draw against Chelsea, as well as Thursday’s five-goal thriller against the Gunners.

Carrick could have resumed his role as a first-team coach under interim manager Ralf Rangnick, but that will not be the case.

Shortly after the final whistle in Manchester, Carrick released a statement which read: “My time at this great club will always rank as the best years of my career. When I first signed over 15 years ago, I never in my wildest dreams could have imagined winning so many trophies and I will certainly never forget the fantastic memories both as a player and as a member of the coaching team.

“However, after a lot of thought and deliberation, I have decided that now is the right time for me to leave the club.

“I want to place on record my thanks to all of the players and a special mention goes to the backroom staff, working long hours with such a great group of people has been a real pleasure and I have made some long-lasting friendships.

“I am, and will always be, a Manchester United fan and will come to as many matches as possible.”

The Englishman then sent a parting message to respected coach Rangnick. “I would like to wish Ralf, the staff, the players and the fans all the best for the future and I look forward to being in the stands and supporting the boys as a fan.”

Carrick backs Rangnick to be ‘successful’

During a post-match interview with Amazon Prime, Carrick said it was ‘the right time’ to step away from his position.

When asked about Cristiano Ronaldo, who bagged a brace on his return to the starting lineup, Carrick added: “He’s been unbelievable this week. Yeah he didn’t start against Chelsea, but it wasn’t a big deal for us.

“We spoke about it, [he was] on board with it, the way he was about the group is just incredible. There was no drama.”

On Rangnick’s potential impact, the coach continued: “We’ll have to wait and see, it’s been a big week, we’ve had to dig deep.

“I have 100 per cent trust in the players that they will go on to be successful, as long as they keep doing the right things.”

Gerardo Martino on Chicharito’s involvement in the Mexican national team

Walker Zimmerman assures USMNT will be better vs Costa Rica

5 things we learned from Arsenal’s hammering of Tottenham