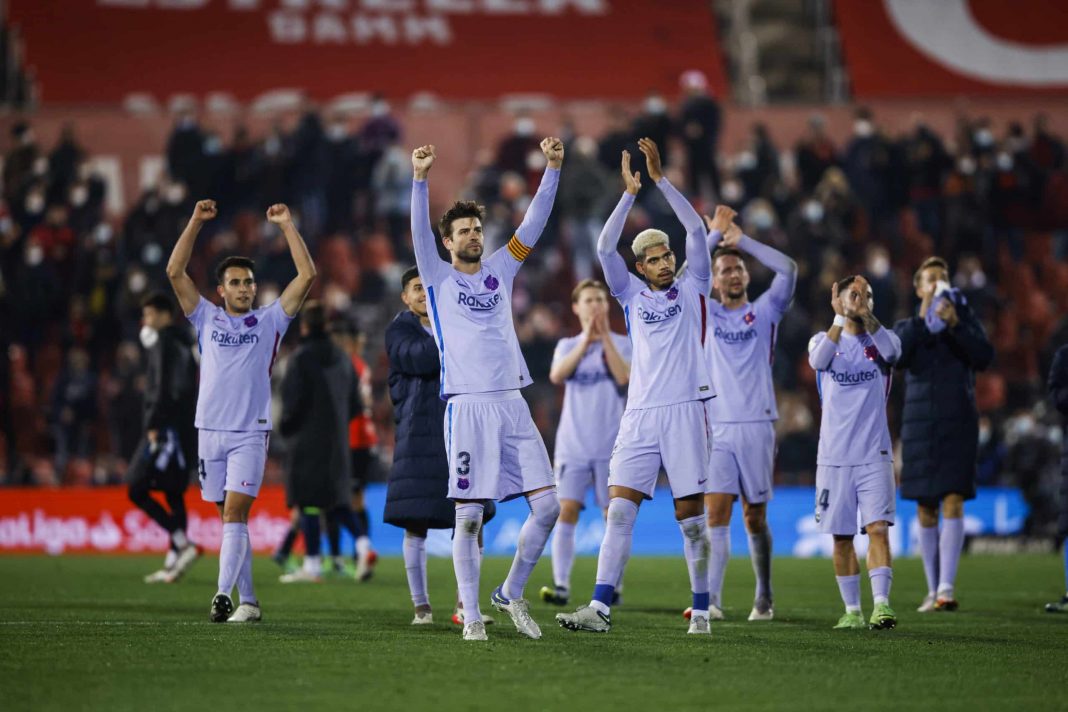 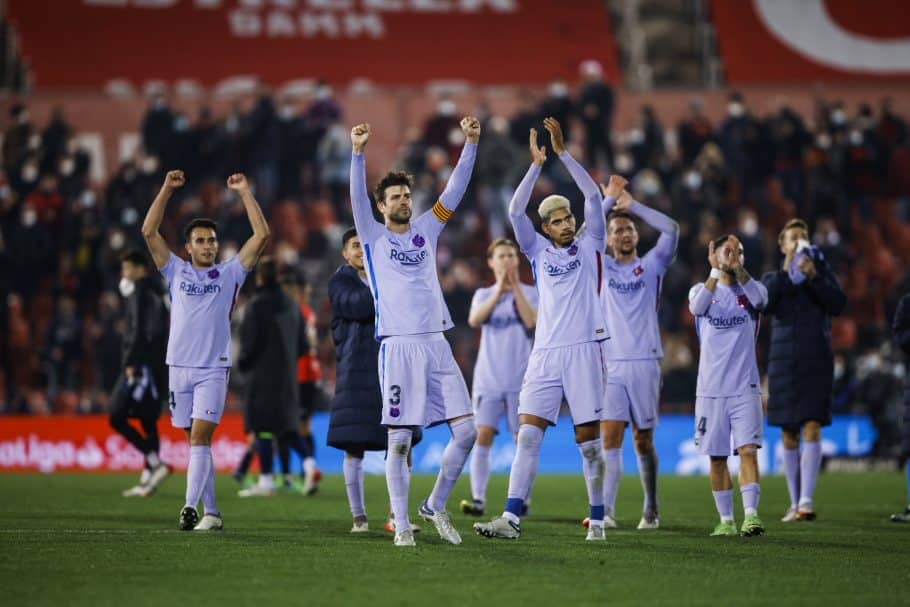 Supporters of Spanish giants FC Barcelona have flooded to social media on Sunday evening, to single two members of the club’s squad out for special praise.

Xavi and co. of course marked their return to action a short time ago.

In the club’s first outing of the new year, the heavily-depleted Blaugrana made the trip to Son Moix, desperate for all three points amid their efforts to keep pace with the European contenders in La Liga.

And, when all was said and done, secure a timely victory is precisely what Barca managed.

A hard-fought 90 minutes, in the end, was decided by a solitary goal, netted on the stroke of the interval.

After striking not only the post, but also the crossbar in quick succession, the oft-maligned Luuk de Jong was finally rewarded for his persistence in nodding home Oscar Mingueza’s deep delivery to the back post:

After hitting the post earlier in the half, Luuk de Jong puts Barca in front just before half time! 🔵🔴

A towering header at the back post from the Dutch striker 💥 pic.twitter.com/BFZLkFgr9I

Whilst de Jong, in turn, has since been deservedly singled out for praise for his match-winning efforts, it is another pair of Barcelona stars who have in fact come in for, by some distance, the most widespread adulation on the part of the Blaugrana faithful on Sunday night.

The players in question? Gerard Pique and Marc-Andre ter Stegen.

Both Pique and ter Stegen shone bright across the 90 minutes this evening, with a last-gasp save on the part of the latter having essentially proven the difference between the visitors returning to Catalunya with all three points, rather than just one:

Marc-Andre ter Stegen with a MASSIVE save! 😱

Barcelona hang on for an important win 🔵🔴 pic.twitter.com/HwDcHxwuXz

As a result, the pair, heavily criticised across the campaign to date, have this evening been widely hailed, with just some of the highlights from across social media showcased below:

Pique masterclass! Save of the year already from ter stegen! With major players missing, this is incredible performance from Barca! Xavi is the way! 🔥

Piqué and Ter Stegen deserve more respect for their sensational performances tonight. If it wasn’t for them, we’d be losing by 3+ goals now.

Since the start of 2022, they’ve easily been the best in the world in their positions. We’re back!

+3 and we keep going. MATS with his best save of the year. Great game by Pique and very very crucial points for FCB

Araujo, Pique and Ter Stegen were phenomenal today. They stepped up in a team filled with young players from Barcelona B. #MallorcaBarça

Tonight it was a glimpse of Old Barcelona!
PIQUE and MATS masterclasses🔥🔥

PIQUÉ AND TER STEGEN ARE BACK!!! LETS CRY TOGETHER 😭