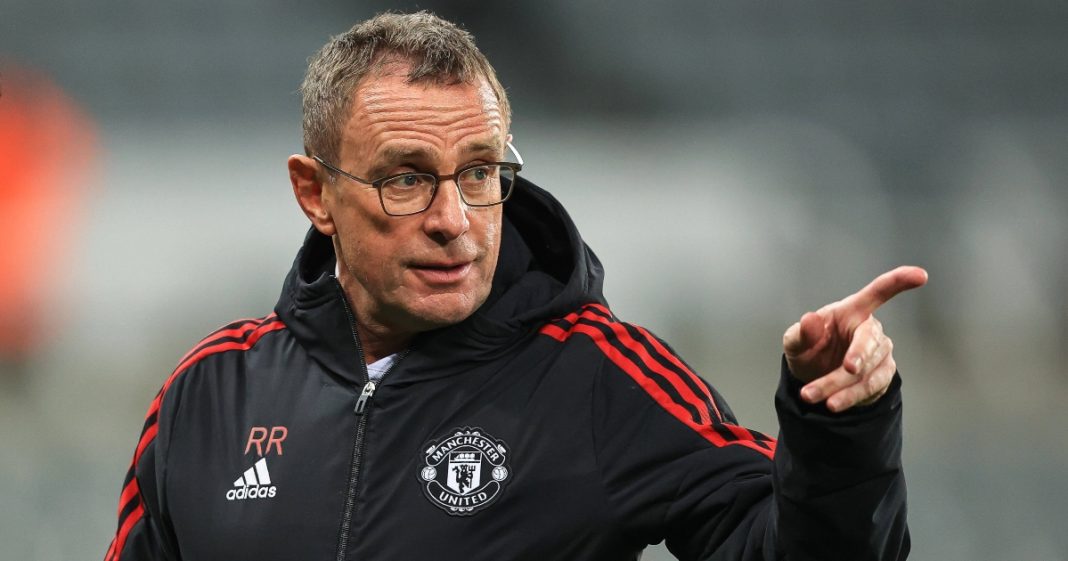 Ralf Rangnick is reportedly facing a fresh dressing room revolt with Manchester United’s players not happy about how things played out after Jesse Lingard’s omission from Friday night’s FA Cup loss to Middlesbrough.

Lingard missed the shock loss on penalties to the Championship side, with Rangnick claiming the midfielder had told him he wasn’t in the right frame of mind to play in the game after missing out on an exit on the January transfer window.

“He asked me and the club if we could give him a couple of days off just to clear up his mind and he will be back in the group, I suppose, next Monday, back for training and then be a regular part of the whole squad again,” Rangnick revealed ahead of the Boro clash.

However, the England star immediately hit back on Twitter: “The club advised me to have time off due to personal reasons! But my headspace is clear and I’ll always be professional when called upon and give 100 percent.’

Rangnick, though, still stuck to his initial comments after United’s cup debacle. That left Red Devils fans confused over who is telling the truth.

The German added: “We were one outfield player less on the team sheet, so why would I have allowed him [Lingard] to have four or five days off?’ Rangnick said.

“I would have loved to have had him in the squad.”

And now the Daily Mirror states that the whole affair being played out in public has angered some United players. The report goes as far to say that Rangnick now faces a fresh dressing-room revolt.

The incident comes just weeks after Rangnick’s bust-up with Anthony Martial. The Frenchman was forced into a response when the interim United chief stated Martial did now want to face Brentford.

Another chance to win any silverware has now gone and the top four is looking problematic. And United’s senior players are unhappy that more ‘noise’ is being created around the club.

An Insider told the Mirror: “It isn’t the United way to voice these issues in the media.

“This is a time to stick together, not go public with things that might cause division.”

Lingard, meanwhile, will be hoping to be back in the fold when United face Burnley on Tuesday night.