Virgil van Dijk has surprisingly been identified as someone who can be taken advantage of in an upcoming challenge for Liverpool.

Van Dijk has proved himself to be one of the best defenders in the world during his Liverpool career. For example, he was the Premier League Player of the Season in 2018-19. The following year, he played a key role in Liverpool’s long-awaited title win.

The 2020-21 season was less memorable for the Dutchman, though. An ACL injury suffered in October ended his campaign way ahead of schedule.

After recovering, van Dijk has reclaimed his regular role in the Liverpool backline this season. Indeed, he has started 28 games across all competitions for the Reds since his return.

Manager Jurgen Klopp has described him as being “back to his best” recently. However, that opinion is not shared by former Italy international Paolo Di Canio.

Looking ahead to the Champions League meeting between Liverpool and Inter Milan, Di Canio claimed the Serie A champions can take advantage of van Dijk.

He told Sportweek (via Football Italia): “At this stage of the season, Liverpool have some small cracks in the armour that can be exploited.

“The Liverpool of two years ago had an impenetrable defence, as Virgil van Dijk had improved everyone around him. Since returning from injury, he’s not the same player and therefore the whole team concedes more.

“Liverpool keep conceding the same dangerous opportunities nowadays, vertical balls behind the defenders, who then start their runs late. That lack of focus is where Inter can hurt them.

“If you also look at Van Dijk’s body language, he used to move his arms to bring the full-backs tighter, but now he just flails his arms, complaining and looking frustrated with his teammates.”

Van Dijk could be dragged out of position 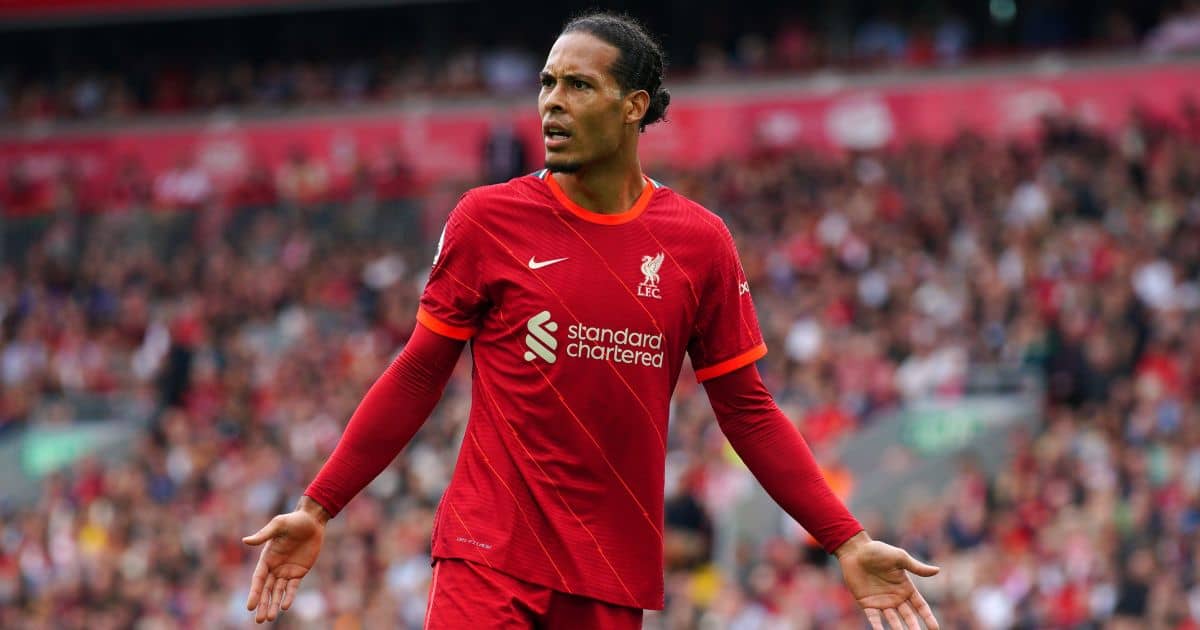 Di Canio has always been a controversial character and these claims certainly seem exaggerated. But a more sensible concern he raised for Liverpool about van Dijk is how he might deal with a pairing of Edin Dzeko and Lautaro Martinez.

The former Manchester City striker has hit the ground running for Inter since joining in the summer. Martinez, meanwhile, can cause problems in behind.

Di Canio proposed: “I can imagine Edin Dzeko dropping into a deeper position and going slightly off centre, which would force van Dijk out of position and Lautaro Martinez to cut inside and do damage.”

Mark Hughes, Gianfranco Zola and other former Premier League managers rotting away on the shelf

Inter still have work cut out against Liverpool

That said, Di Canio did admit Liverpool have their own ways to hurt Inter. He can foresee the Reds’ attackers exploiting spaces left by the Nerazzurri’s wing-backs.

He explained: “Ivan Perisic and Denzel Dumfries will have to do extraordinary work, pushing, pressing, trying to torture the opposition full-backs, but also then get straight back into position, otherwise Liverpool will skip the midfield and send Sadio Mane or Mohamed Salah in one-on-one situations.”

The first leg of the Champions League last-16 tie takes place at San Siro on Wednesday. The two sides will then reconvene at Anfield on March 8th.

Liverpool have more experience in this competition than Inter in recent years. Indeed, since the last time the Italians were at this stage of the competition, Liverpool have gone as far as the final twice – winning the whole thing in 2019.