Two of Aston Villa most expensive signings are playing for their futures with one of them destined to leave this summer, according to Paul Merson.

Villa are one of the Premier League’s wealthiest clubs thanks to billionaire owners Nassef Sawiris and Wes Edens. Indeed, the former is the second most rich man in the entire continent of Africa. As such, they won’t be afraid to put up big money in order to steer Villa towards the upper reaches of the Premier League.

Indeed, luring Steven Gerrard to the club was their next step towards this. He has already shown his transfer mite by attracting both Philippe Coutinho and Lucas Digne to the club.

As such, Gerrard has shown he is unafraid to make the big calls in his bid to harbour a winning side.

To that end, Saturday’s loss at home to Watford will have hurt badly, with the boss putting the blame firmly on one man’s shoulders.

One issue that has emerged at Villa in recent months is how to best integrate both Ollie Watkins and Danny Ings.

The former has just one goal in his last 10 games and appears to have lost some confidence this season. Indeed, the £28m signing from Brentford was dropped to the bench against the Hornets after his barren run.

Ings also on a barren run

That allowed Ings to start up front against Roy Hodgson’s side. However, he too failed to score and is on a run himself of one goal in 11 appearances.

Now Merson claims there is not room for them both at Villa and thinks one of the pair will be sold.

“Ollie Watkins, to me, is like Emile Heskey was,” Merson said on Sky Sports’ Soccer Saturday programme pre-match (via Birmingham World ). “Emile was an unbelievable player for the team.

“Watkins has got to get back to scoring goals regularly; that is his job. The rest of the centre-forwards are more creative.

“I think one of them will get moved on, but I don’t know who.”

One man who Villa will look to sign permanently is Coutinho. 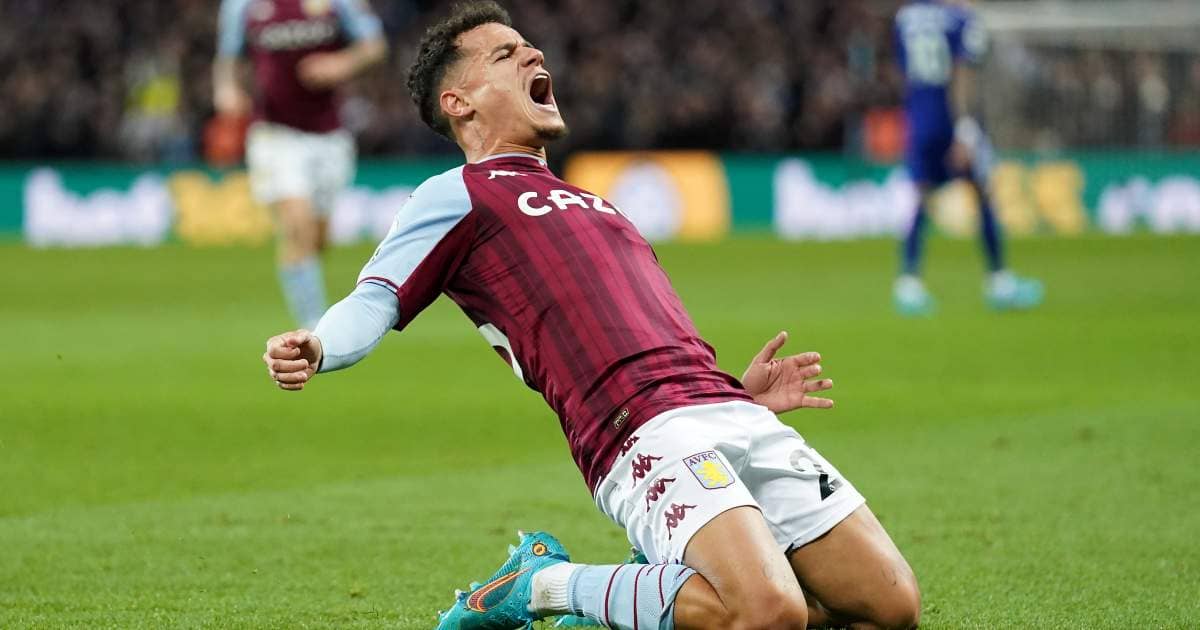 He has two goals and two assists in five appearances so far, truly displaying his class.

Merson expects Villa to try and push through his signing, and that may ensure one of Watkins or Ings departs.

“If Coutinho carries on doing what he has been doing, Villa fans will make sure that the club signs him.

“You’ve got three players in Ings, Emi Buendia and Philippe Coutinho, who really want to provide for others. Ings is also a goalscorer, and he, for me, is top-drawer,” Merson added.

“Sometimes, you go to other places, and it doesn’t suit the way you play. Watkins likes playing up front on his own, so he can run anywhere.

“I don’t mean that in a horrible way, because he works across the line. When you have two in attack, some people are not used to doing that.”

Erik ten Hag to Man Utd gets crucial ‘here we go’ from Fabrizio Romano as...

‘It’s obvious’ – Arteta told why Kieran Tierney should be named next Arsenal captain amid...