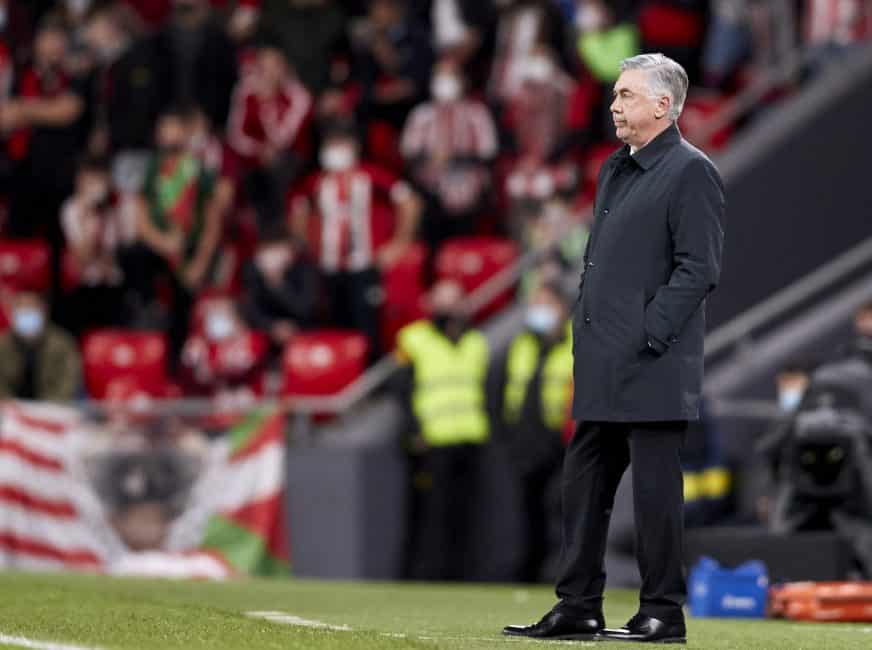 Fans of Real Madrid have taken to social media in numbers on Saturday evening, to lavish praise on one particular member of the club’s squad.

Los Blancos were of course back in action a short time ago.

Amid the club’s ongoing pursuit of the La Liga title, Carlo Ancelotti’s troops made the trip to the Estadio de Vallecas, for a meeting with mid-table Rayo Vallecano.

And, when all was said and done, the day’s visitors did manage to emerge with all three points, to extend their advantage at the summit of the Spanish top-flight.

A solitary goal proved all that was required to put Vallecano to the sword, as Karim Benzema latched onto Vinicius Jr’s ball across the face of goal to slot into an empty net inside the closing ten minutes of action:

Benzema and Vini Jr combine brilliantly to finally give Real Madrid the lead! ⚪

Is there a more deadly attacking partnership on the planet this season? 🔥 pic.twitter.com/0z64y6Aq9u

On the back of the full-time whistle at the Vallecas on Saturday, however, it is not match-winner Benzema, nor creator-in-chief Vinicius, who have taken centre stage in the post-match chatter amongst the Real faithful.

Instead, this honour has been reserved for goalkeeper Thibaut Courtois.

This comes after Los Blancos’ Belgian international once again proved crucial in keeping Vallecano at bay, courtesy of a number of wonderful stops over the course of the 90 minutes.

Courtois’ contribution often slips somewhat under the radar in the Spanish capital, but on Saturday, Real’s supporters have been sure to give the former Chelsea man his flowers, as showcased below:

We can never thank you enough. You are the best. @thibautcourtois 👑 pic.twitter.com/QgMoFk4rqK

Thibaut Courtois: the best goalkeeper in the world.

There are no words to describe how good Courtois is. Ridiculous shot stopping ability

Thank you to Thibaut Courtois.

Courtois has 4 clean sheets in his last 5 games, has made 20 saves in these 5 matches and saved a crucial penalty in the UCL round of 16.

He’s the best goalkeeper in the world. No doubt. pic.twitter.com/QNXSdPKFJA

Revealed: What Abramovich’s statement means for Chelsea ownership and potential sale of club

Arsenal target Cody Gakpo’s future ‘should be clear’ by the beginning of August, claims PSV...

When Reece James is expected to re-join Chelsea training

Concerning Ben White update surfaces ahead of Arsenal vs Leeds