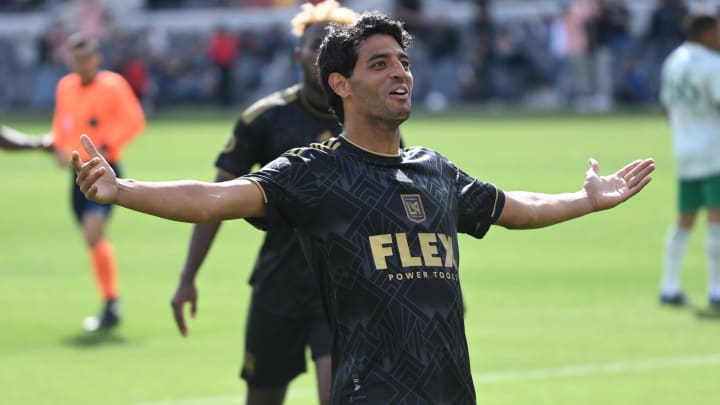 At long last, Major League Soccer returned to our screens at the weekend, serving up its usual dose of goals, excitement, and controversy.

As always, there were some big individual performances that made all the difference, whether it be creative genius, clinical goalscoring, or heroic defending.

Here are our top five players from Week One of the 2022 MLS season:

Brandon Bye is now one of the best full-backs in MLS. There’s no denying it and on Saturday, he proved it.

Sure, the Revs allowed two goals on the road at Portland, but Bye sure did his level best to keep the hosts out. The 26-year-old made four tackles, five clearances, six recoveries, and one interception on the night, as well as winning a match-high nine aerial duels – at least five more than any other player.

One of those headers was a towering one at the far post to give the Revs a 1-0 lead heading into half time. Bye climbed highest to beat a host of Timbers defenders, proving he’s far more than just a defensive juggernaut.

In six attempts, Josef Martinez still hasn’t scored a goal on Week One of an MLS season. But this time, he did everything but.

The talismanic Venezuelan was more of a playmaking force in Atlanta United’s 3-1 win over Sporting Kansas City, providing the assist for each of his side’s first two goals. Check the graphic below for just how impressive Martinez’s pass was for Dom Dwyer’s strike. With his left foot, too!

Martinez is a very different player post-ACL tear. But it’s performances like these, where he waits in the shadows then punishes the opposition to full effect, that show he’s still one of the most potent attacking forces in this league.

On Saturday, Austin FC crushed FC Cincinnati 5-0 in the biggest win in club history. Of course, Cecilio Dominguez played a huge part in what was a glorious afternoon down in Texas.

It was the Paraguayan who gave Austin the lead at the far post inside two minutes, poking the ball home to take advantage of some awful Cincy defending. Dominguez was then left completely free down the left to make it four just past the hour.

Dominguez has now moved two goals clear of Diego Fagundez as the outright top scorer in this club’s very short history. It’s these performances that came around all too sparingly in 2021 – ones that’ll fire the Verde and Black into Playoff contention if Dominguez can make them a more regular occurrence.

Even when Columbus stumbled and missed the Playoffs last year, Lucas Zelarayan still came up with 12 goals and four assists in 32 regular-season appearances.

He’s kicked 2022 off in style as well, coming up with a goal and an assist in the Crew’s 4-0 dismantling of the Vancouver Whitecaps.

Granted, for the assist, Miguel Berry still had a lot to do, but it was a supremely accurate pass from Zelarayan to find him. His strike for goal No.4 was peak Zelarayan, though, dancing past multiple defenders before smashing the ball into the net.

The Armenia international was a constant thorn in Vancouver’s side, completing a might-high six dribbles, and creating the same number of chances.

An early marker from Zelaryan in the MVP race…

That said, nobody made a better Week One statement than Carlos Vela. As much as the previous names on this list impressed, none of them came close to topping it.

The Mexican rolled the clock back to his 34-goal, record-breaking 2019 MVP season with an opening day hat-trick, crushing the Colorado Rapids 3-0 almost singlehandedly.

The first was a penalty and the second a calm finish after brilliantly outsmarting the Rapids’ defense to beat the offside trap.

But it was all about his third, peak Vela. Rapids center-back Auston Trusty showed just a little too much respect to the forward, backing off and allowing him to cut onto his left foot.

From there, only one thing was going to happen; a beautifully curled finish into the far corner that Will Yarbrough was powerless to stop.

MLS is back, and so is Carlos Vela!

The rare record Chelsea matched during win over Juventus

Who was the last goalkeeper to save a Harry Kane penalty?