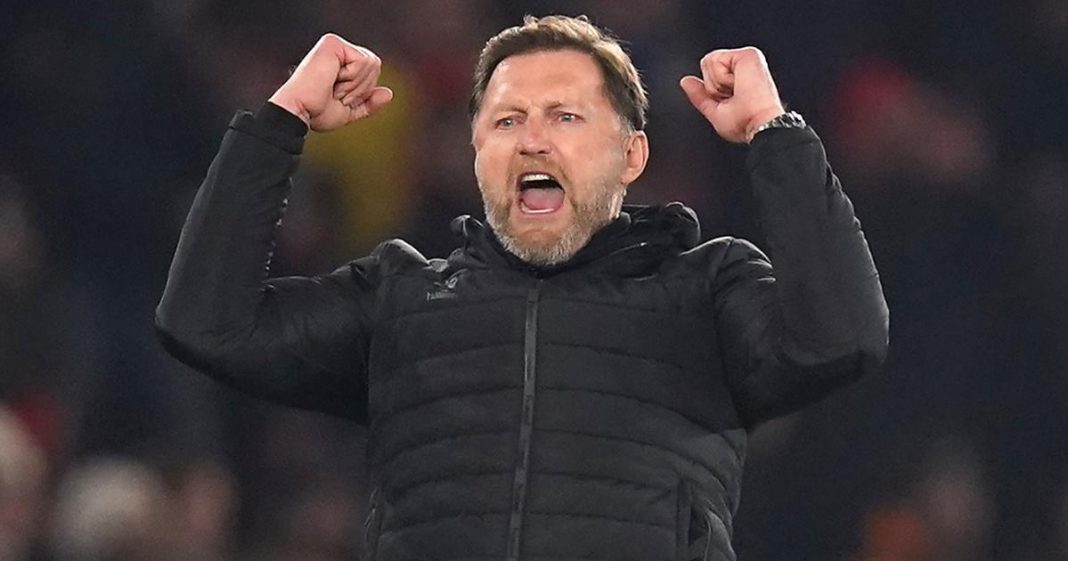 Southampton manager Ralph Hasenhuttl cited two factors about the FA Cup as he explained the “super opportunity” of progression to the quarter-finals.

The Saints knocked West Ham out of the competition with a 3-1 victory at St Mary’s Stadium. Left-back Romain Perraud opened the scoring just after the half-hour mark, before Michail Antonio levelled on the hour for the visitors.

However, James-Ward Prowse restored the lead with a penalty after a foul on Armando Broja, who added a stoppage-time third.

Speaking to BBC Sport post-match, Hasenhuttl said: “You can’t speak about having a big squad and trusting everyone and not show the right signals.

“It was hard for them in the beginning with no rhythm playing in front of 28,000 fans. And it was clear with five subs you can decide the game in second half with subs.

“It was an amazing goal [from Perraud]. The ball in the cup is lighter and that’s why you can shoot outside the box. We have a few good guys who can score goals from them.

“Armando Broja had a good impact in the game. He is a threat with speed. We have quality and created some good parts in our game.

Which 20 clubs would make the strongest possible Premier League?

“Making nine changes doesn’t mean that we’re not looking for this cup. It’s a super opportunity for us. But we shouldn’t forget these players have brought us here.

“We should give them a chance to play again. It’s tough but as soon as you saw players struggling after the Norwich game we knew we should make changes.”

Southampton lead West Ham at half-time thanks to this brilliant goal.

Perraud’s goal was his first in English football having joined the south-coast club from Ligue 1 side Stade Brestois last summer.

Also speaking to BBC Sport, he reflected: “I think it’s a great goal for us. We did a very good performance with some players who don’t play every game against a good team.

“Congratulations to the team and the club. Now we wait for the next round.

“West Ham played with their best team so it was difficult for us but after 15 or 20 minutes we began our game and we deserved this win.

“We are ninth in the Premier League and in the last eight of the FA Cup. We can dream.

“We’ll wait for the next round but it’s important for our confidence. Game after game we’re in a good moment and we have to work on this.”

Southampton will find out their quarter-final opponents in the draw on Thursday. Perraud added: “So many good teams.

“We have to concentrate on our own team and we’ll see. With these amazing fans I hope we can play at home.”

READ MORE: Southampton in the race for talented teen as Birmingham brace themselves for big offers

Arsenal ‘will move’ for either Dominic Calvert-Lewin or Alexander Isak this month; midfield shortlist down to...