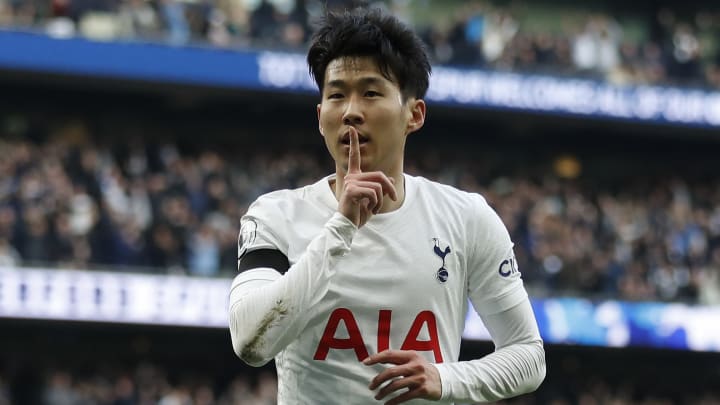 From Tottenham Hotspur Stadium – Spurs secured back-to-back wins in the Premier League for the first time in 2022 as they beat London rivals West Ham 3-1.

Antonio Conte’s men held their nerve to leapfrog their top-four rivals into fifth place and are now only three points behind Arsenal.

After a cagey opening nine minutes, Kurt Zouma turned the ball into his own net to give Spurs the lead. Matt Doherty robbed Arthur Masuaku of possession and slipped through Harry Kane, who squared the ball into the path of Son Heung-min, and the challenging Zouma was caught in a tangle and ended up converting past Lukasz Fabianski.

But West Ham almost immediately hit back when Kane lazily played it back towards Eric Dier, only for Michail Antonio to intercept and sit the defender on his backside, but his shot trickled narrowly wide.

Tottenham went straight back down the other end and should have doubled their advantage when Dejan Kulusevski rolled the ball just behind the run of Son, and the South Korean struck the post.

But the 29-year-old wasn’t to be denied for much longer and he grabbed Tottenham’s second midway through the first half. Kane picked Son out with a great through ball, before Spurs’ number seven sold Zouma with some stepovers and looped his effort off the Frenchman over the helpless Fabianski.

West Ham pulled one back when Craig Dawsn nodded Aaron Cresswell’s corner into the path of the unmarked Said Benrahma, and he made no mistake from point-blank range.

Spurs came racing out of the blocks in the second half and nearly hit West Ham on the break again, with Son this time playing through Kane, but couldn’t direct his toe-poke beyond Fabianski.

After a stoppage in play to remove protestors from the pitch, the Hammers nearly had some luck on the counter themselves, but Antonio fired over from Cresswell’s ball across the 18-yard box.

Sergio Reguilon was incensed that referee Anthony Taylor dismissed his protests for a penalty after falling under a challenge from Ben Johnson just after the hour mark as a blood and thunder derby became even more heated.

Kane should have wrapped up the points when he was picked out by Pierre-Emile Hojbjerg ten minutes from time and tried to dink his effort over Fabianski, but it sailed over the bar too.

Tottenham finally sealed the win in the dying embers when Kane nodded Lloris’ long kick straight into the path of Son, who made no mistake when one-on-one with Fabianski.

Cristian Romero (CB) – 9/10 – Utterly dominant. Silenced Antonio and chipped away at anyone he came within an inch of.

Ben Davies (CB) – 7/10 – Didn’t let Soucek get the better of him despite the height advantage the Czech had.

Matt Doherty (RWB) – 6/10 – Helped to stretch the play and asked plenty of questions of Masuaku.

Pierre-Emile Hojbjerg (CM) – 8/10 – Made his physicality count in the middle of the park up against a rather daunting duo.

Rodrigo Bentancur (CM) – 7/10 – Some neat turns and tricks yet failed with the fundamentals at times. Ultimately put in a good performance when Spurs tried keeping the ball.

Sergio Reguilon (LWB) – 5/10 – Like Doherty was important for Spurs’ width but he was a little more wasteful.

What a duo / James Gill – Danehouse/GettyImages

Dejan Kulusevski (RF) – 6/10 – Was a huge contributor to Spurs’ fast start but couldn’t maintain that rhythm.

Harry Kane (CF) – 8/10 – Marvellous when dropping deep. Rice and Dawson were both confused with how to handle him.

Son Heung-min (LF) – 10/10 – Vital goal contributions on another busy afternoon against West Ham. Felt like he barely got out of first gear at times.

Lukasz Fabianski (GK) – 6/10 – Made a few decent saves but you felt he could have done something more for Spurs’ gals.

Ben Johnson (RWB) – 6/10 – Largely dealt with everything Reguilon threw at him.

Arthur Masuaku (LWB) – 5/10 – On skates defensively but caused Spurs some issues, notably winning the corner which led to their first-half goal.

Said Benrahma (RF) – 7/10 – Spurs had little answer to the Algerian and West Ham probably should have utilised him more.

Arsenal ready to open contract talks with young star, but decision could hinge on Champions...

Leeds dealt Raphinha blow ahead of Brazil vs Uruguay