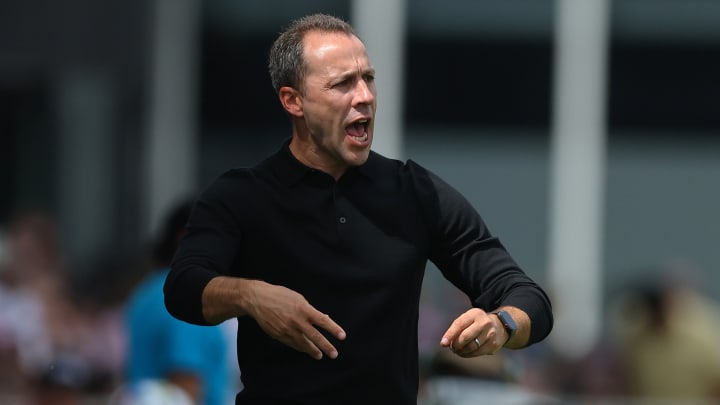 With their 3-1 win over the Vancouver Whitecaps on Sunday, Los Angeles FC returned to the top of the very young MLS standings.

The Black and Gold are showing all the early signs that they’ll be title contenders this season, taking 10 points from four games, going unbeaten so far, and scoring nine goals while conceding just two.

In this latest victory, LAFC had to come from behind but soon stamped their authority on the match with a brace from Ryan Hollingshead and another goal from very, very early MVP candidate Carlos Vela.

“Another home game and another victory, which makes us happy,” he told reporters after the match. “We are happy with the result and very happy with the reaction after going down with a goal in the first half.”

As Cherundolo points out, Sunday’s win was a far more potent attacking performance than a week previous, where they had to find two goals from just six shots to beat Inter Miami. Still, the former USMNT full-back isn’t fully satisfied yet and believes his team can get even better.

He added: “It was a better performance than last week. We connected more passes and we created more high-quality chances. Our buildup was much better, which we spent a lot of time working on.

“But we can get much better and I think that it’s very important and I shared that with the guys. We are satisfied with the effort, with the action, and the result. However, we are not satisfied yet with our play throughout the course of the night.”

Vancouver’s go-ahead goal in the 12th minute was a rebound from former LAFC full-back Tristan Blackmon after Lucas Cavellini had been allowed a free header at the near post from a free-kick.

Cherundolo highlighted concentration at set-pieces as a particular point of concern, as well as the speed and rhythm of LAFC’s overall play.

“Our ball movement was a little slower than we wanted,” he said. “We wanted to move the ball quickly and laterally first, and then expose them deep in some pockets and channels. We were not able to do that, and we let the guys know at half-time.

“There was also a little bit of concentrated moments on set pieces, which we were disappointed in. Again, we lost a little focus in those moments.”

The Black and Gold will now rest up over the international break before they travel to Orlando City on April 2.

Five players that could leave Arsenal in the January transfer window

Why FOUR Tottenham players are a doubt for upcoming Newcastle tie