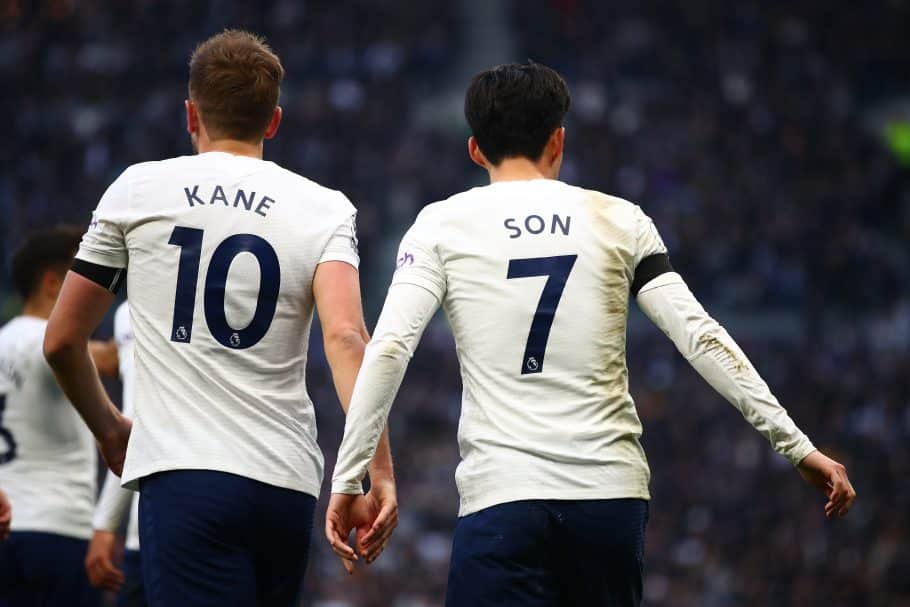 A fresh round of images of the kit set to be worn by Premier League outfit Tottenham Hotspur in home fixtures next season have come to the fore on Sunday.

And the jersey, if the leaks are to be trusted, looks primed for a whole host of new features.

When lining out in fixtures in north London across the current campaign to date, Antonio Conte’s troops have of course donned a sleek, simple design, featuring little more than an all-white base, AIA logo, club crest and Nike tick. 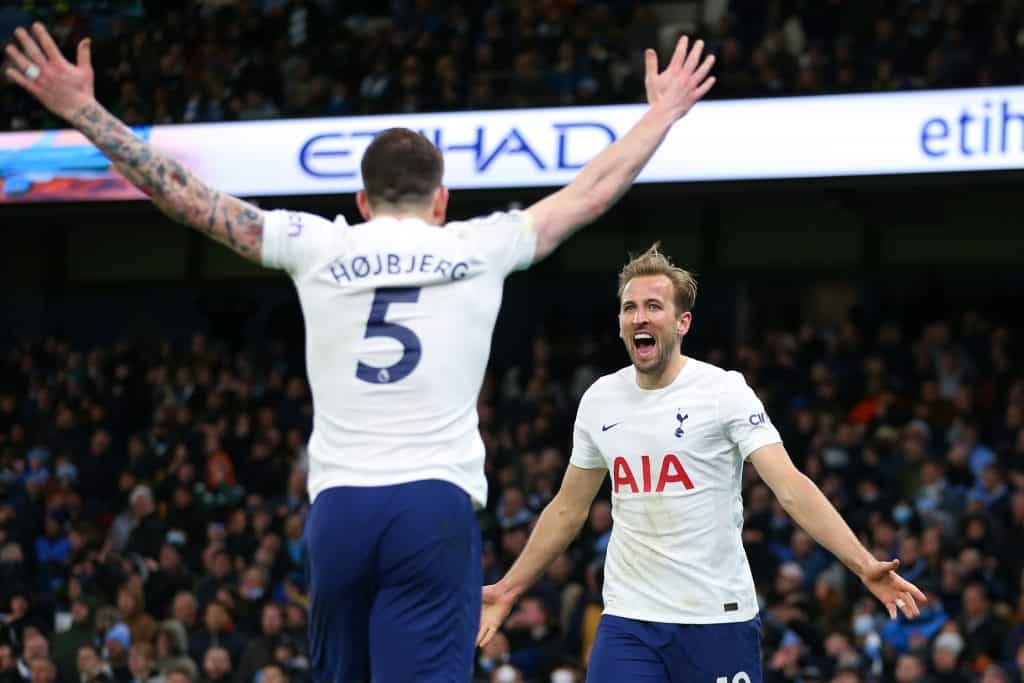 MANCHESTER, ENGLAND – FEBRUARY 19: Harry Kane of Tottenham Hotspur celebrates after scoring a goal to make it 2-3 during the Premier League match between Manchester City and Tottenham Hotspur at Etihad Stadium on February 19, 2022 in Manchester, United Kingdom. (Photo by Robbie Jay Barratt – AMA/Getty Images)

Next time out, though, manufacturer Nike look set to shake things up, introducing a head-turning collar and sleeve cuff combo, featuring a navy and luminous green colour pattern.

In addition, a curved white stitched design will make its way from sleeve to sleeve, through the area beneath the collar.

Otherwise, the base colour, and accompanying features, look set to remain largely the same.

Check out the latest leaked images of Tottenham’s home kit for the 2022/23 season, courtesy of the always reliable Footy Headlines, below: 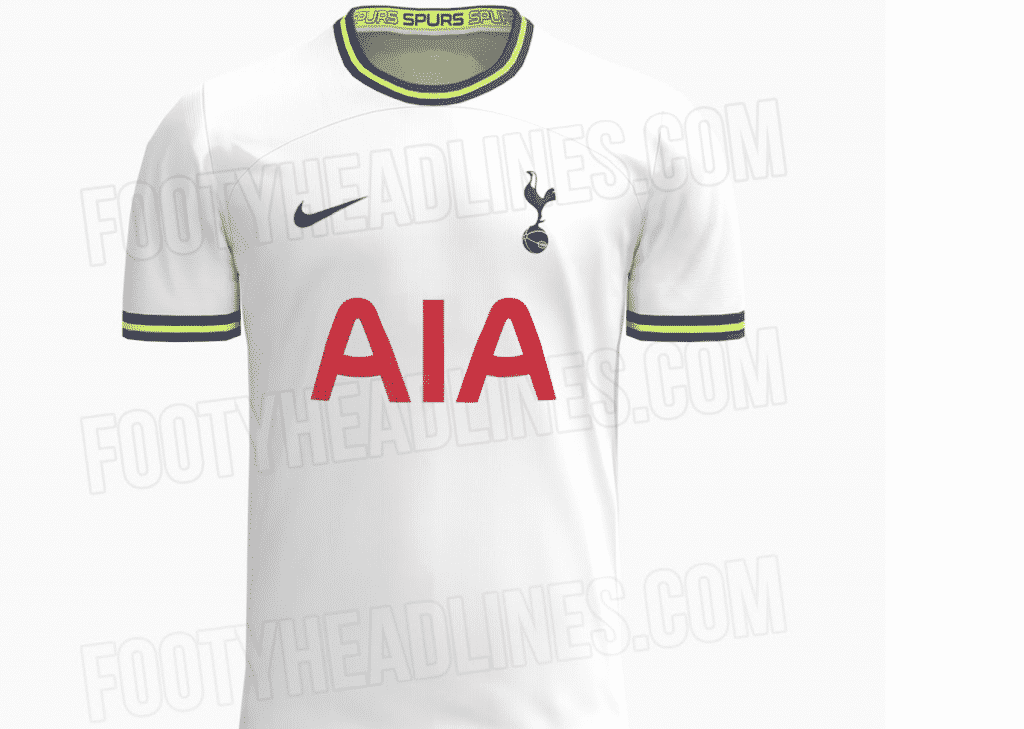 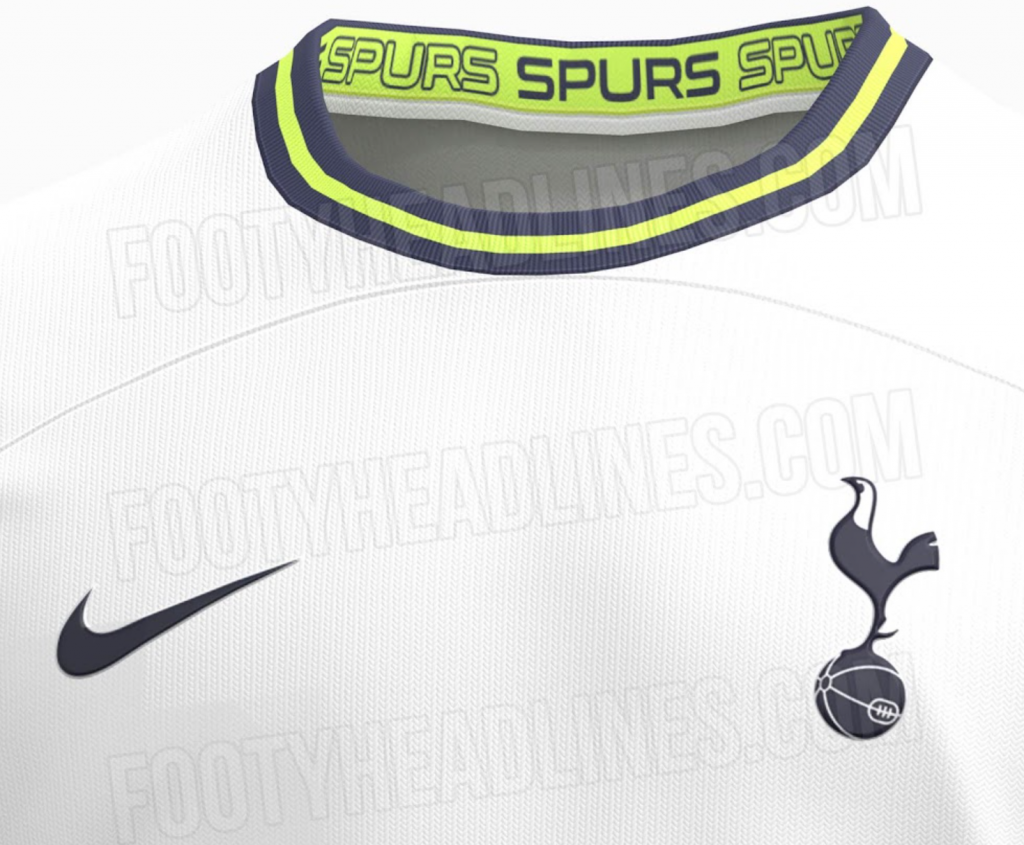 Turning attentions back towards matters on the pitch, Conte’s Spurs are of course set to make their post-international break return to action later today, in a Premier League meeting with Newcastle United in north London.

The clash, as will prove the case with each and every one of their outings over the closing weeks of the campaign, marks an absolutely crucial one, amid the Lilywhites’ ongoing pursuit of a top-4 berth.

Arsenal and Tottenham star in Team of the week 35

Manchester United willing to let Cristiano Ronaldo to leave ON LOAN this summer, on one...