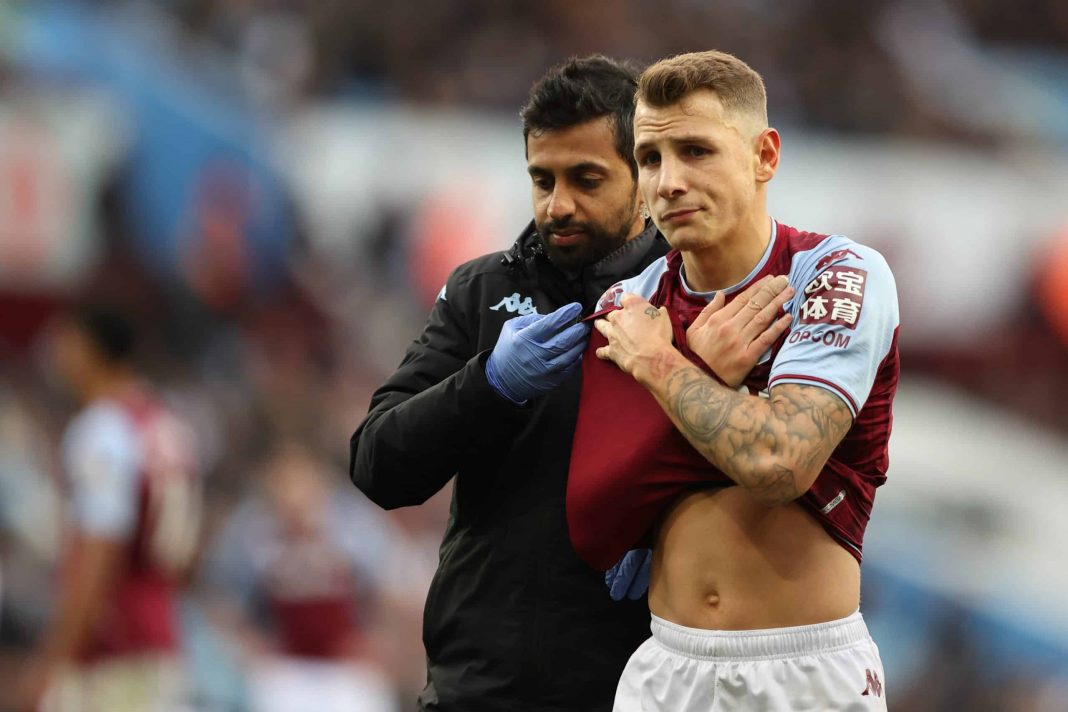 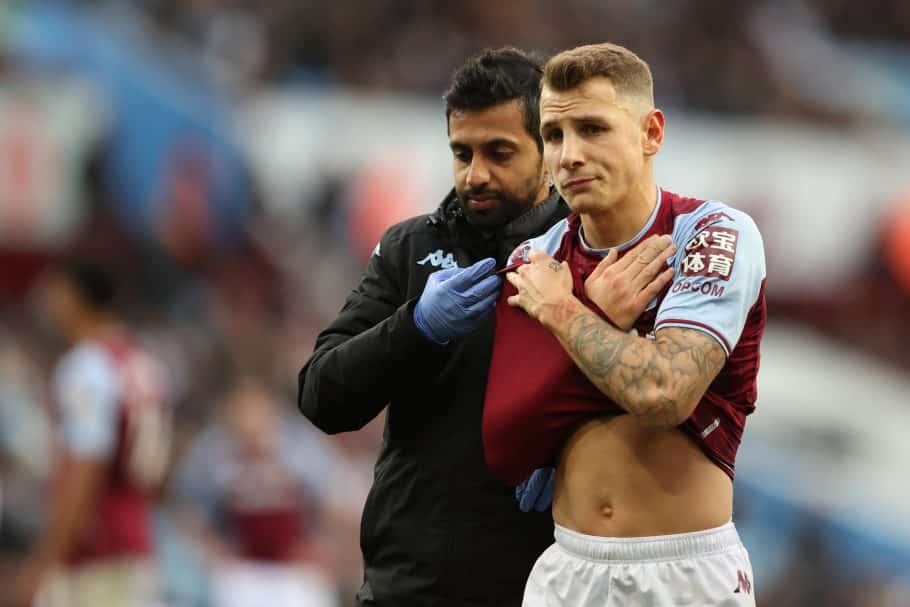 Aston Villa boss Steven Gerrard has provided an update on the wellbeing of Lucas Digne, on the back of his side’s meeting with Tottenham Hotspur.

For those not aware, left-back Digne was forced off late in the action at Villa Park this evening.

On the back of a coming together with Spurs defender Cristian Romero, the Villans star went to ground clutching his shoulder, and in evident pain.

Digne, in turn, was left with little choice but to depart proceedings in the midlands prematurely, replaced by veteran Ashley Young for the game’s final ten minutes.

And now, as alluded to above, an update on the former Barcelona man’s fitness has been provided.

The news, however, has proven of an altogether concerning nature. Speaking in his post-match press conference this evening, Steven Gerrard revealed that Digne appears to have picked up ‘a collarbone issue’, meaning, if the club’s worst fears are realised, the Frenchman may not return to the pitch until next season:

Gerrard on Lucas Digne. “He is in a sling. It looks like a collarbone issue. If it’s what we fear, it could be season over for him. The doctors are concerned.”https://t.co/XbgN1nHfVU#AVFC pic.twitter.com/1cRAfMrmQL

Word of the potential extent of Digne’s blow, of course, simply rounds out what proved an altogether miserable evening’s work for Aston Villa on Saturday.

This comes with the Claret and Blue having been put to the sword for the fourth successive gameweek, and in altogether comprehensive fashion.

A Son Heung-min hat-trick, added to by another fine strike on the part of Dejan Kulusevski, ultimately culminated in Antonio Conte’s rampant Tottenham emerging on the right side of a 4-0 scoreline at Villa Park, plunging the day’s hosts to 12th in the Premier League table.

There is NO stopping him today! Three GREAT goals 😤 pic.twitter.com/340r6RHfkG

The worst performance of the season? Player ratings: Manchester United vs Everton

Every Premier League team’s player of the weekend: Gameweek 31

Why Thiago & Minamino are missing for Liverpool vs Leicester

Leeds man suffers nightmare, as Brighton fail to exploit on chances in draw