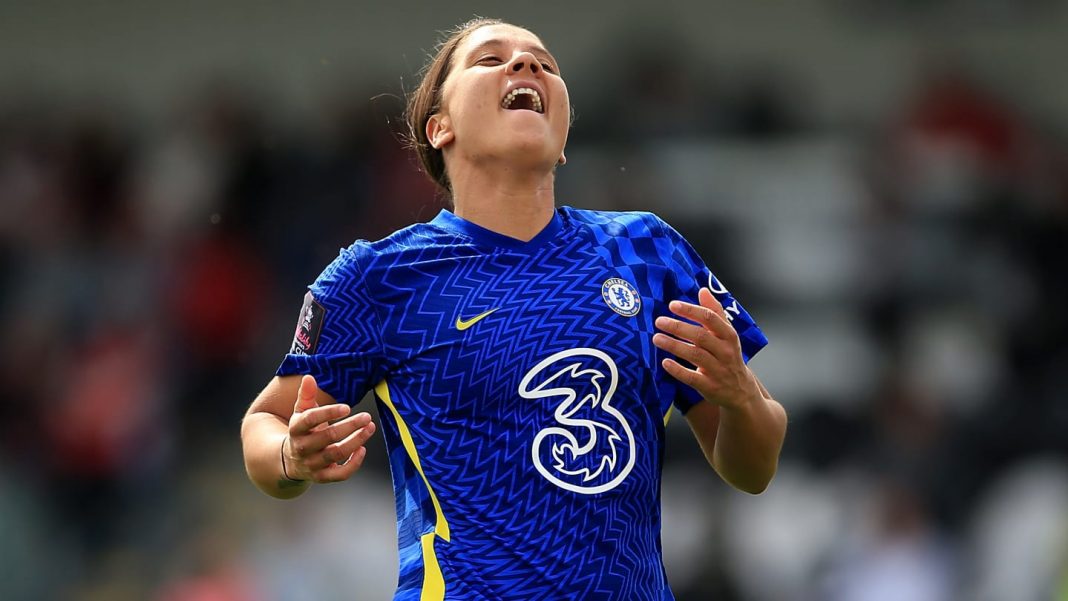 The Blues, who last weekend booked a place in the FA Cup final, sit one point clear of title rivals Arsenal with four games remaining. But Sunday’s clash offers one of the sterner last few tests standing between them and a third successive WSL crown.

Tottenham have spent much of the season in a tussle for Champions League football, having already taken points off Arsenal, Manchester City and Manchester United.

Although they have fallen off the pace in recent weeks, Chelsea will have to be at their best on Sunday if they are to avoid a slip up.

Preview of Everton vs Arsenal in the WSL, including how to watch on TV, live stream, team news & score prediction.

Preview of Man City vs Leicester in the WSL, including how to watch on TV, live stream, team news & score prediction.

Kit Graham remains a long-term injury absentee for Tottenham, having ruptured her ACL in November. Ashleigh Neville will likely start at right-back, her first match since putting pen to paper on a new three-year deal with Spurs.

Fran Kirby continues to miss out for Chelsea as she is suffering from fatigue, but Emma Hayes confirmed the Blues have no fresh injury doubts heading into Sunday’s fixture.

Bethany England has four goals in her last two WSL outings, and could continue her run of starts. The forward hit a particularly famous goal against Tottenham at Stamford Bridge on the opening day of the 2019/20 season.

Strike partner Sam Kerr has three goals in her last two against Spurs.

Tottenham have proved a hard nut to crack this season, giving away very little defensively and demonstrating that they are more than capable of upsetting the WSL’s elite throughout the course of the campaign.

But Chelsea just seem to be in title-winning mode now, and when Emma Hayes’ side have a job to do, they are usually very efficient at getting it done. It won’t be comprehensive or emphatic, but the Blues will dig in and do what they do best.