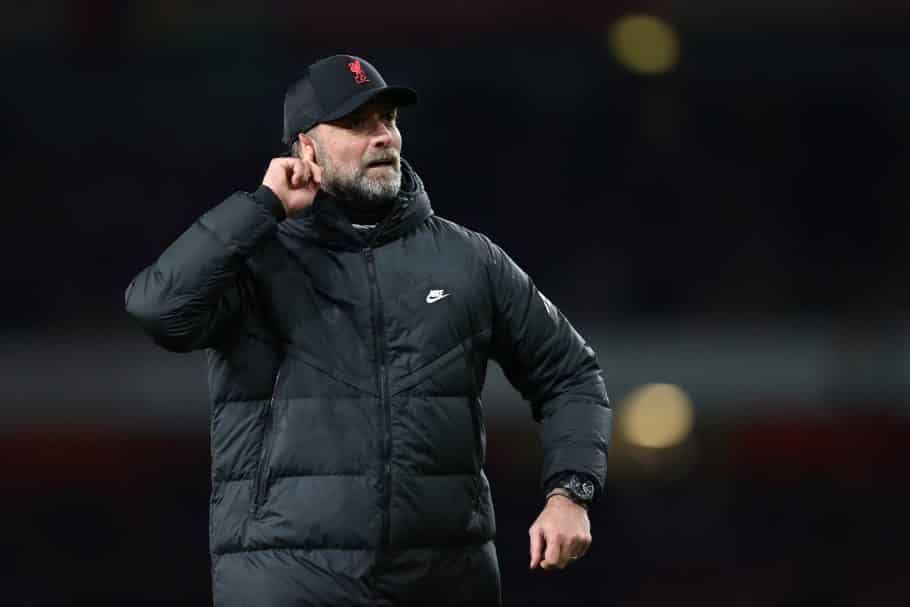 UEFA have, on Thursday, confirmed that Premier League giants Liverpool have been slapped with a fine, with Reds boss Jurgen Klopp too on the receiving end of an official warning.

The sanctions in question come on the back of the club’s Champions League first-leg meeting with Benfica earlier this month.

Liverpool of course made the trip to the Estadio da Luz on April 5th, eventually emerging on the right side of a 3-1 scoreline before booking their spot in the Champions League’s final-four owing to a 3-3 return leg thriller at Anfield.

After being deemed as responsible for a late kick-off in Lisbon, though, the Merseyside giants have been slapped with a €10,000 sanction, it has been confirmed.

Boss Jurgen Klopp, meanwhile, has received a warning owing to the same offence.

Liverpool’s punishment actually pales in comparison to that of their opponents, though, hit with a whole host of fines, including ‘€5,000 for a pitch invasion, €8,000 for blocking of public passageways, €5,750 for the lighting of fireworks and €20,000 for the throwing of objects’, as per the Liverpool Echo.

Word of the club being sanctioned by European football’s governing body will of course fail to put a dampener on what has otherwise proven an absolutely stellar day for all associated with Liverpool.

This comes with the Reds having seen their prospects for years to come boosted by confirmation of beloved boss Jurgen Klopp putting pen to paper on a new contract with the club.

Fresh off positioning one foot firmly in the finale of the Champions League courtesy of a first-leg downing of Villarreal on Wednesday, the German has committed to terms at Anfield through the summer of 2026.

We are delighted to announce Jürgen Klopp has signed a new contract to extend his commitment with the club! 🔴

One man takes full marks as the Reds excel in Liverpool vs Villarreal: Player ratings

Insight provided into Tanguy Ndombele’s future beyond the summer

‘It was a proud moment for me,’ claims Rahul Bheke after helping Mumbai City create...