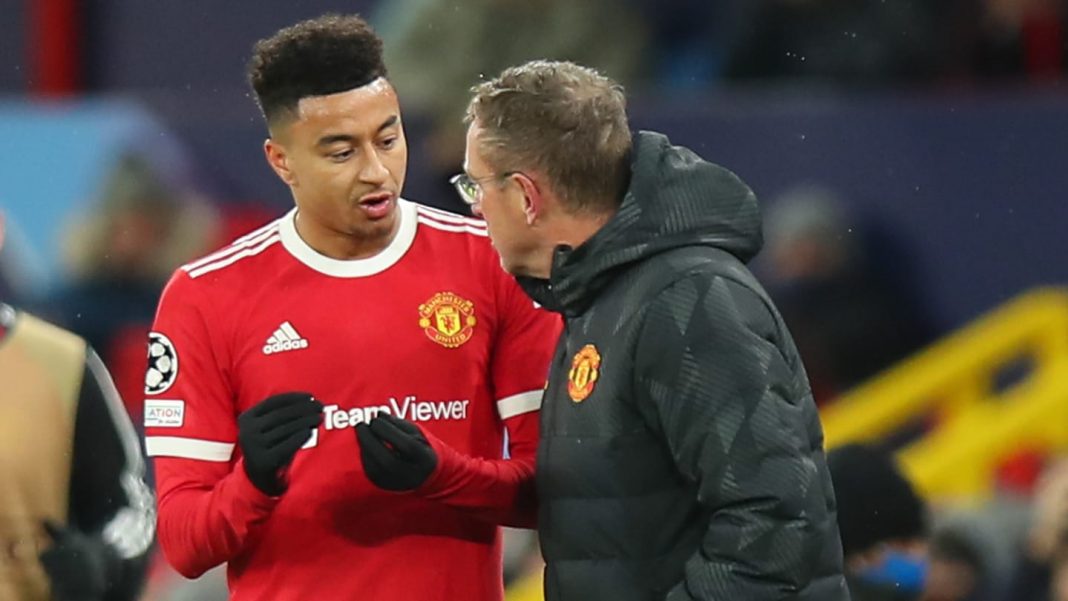 Ralf Rangnick has insisted he is not concerned by comments from Jesse Lingard’s brother accusing him of ‘lacking class’ for his treatment of the 29-year-old.

Lingard, who will leave United this summer when his contract expires, remained on the bench for the team’s 3-0 win over Brentford, which was the final home game of the season and the final chance for Lingard to say goodbye to the Old Trafford faithful.

In response, Lingard’s brother took to Instagram to condemn Rangnick and United for declining to give the midfielder a proper goodbye, describing it as a ‘classless’ act against a player who has been at the club for 20 years.

Lingard soon followed that up with a post of his own, showing a picture of himself as child in a United shirt, but with no caption.

“To start with, I think in the last couple of weeks under my tenure he has played far more games than he used to before I came,” Rangnick told a press conference when asked about the posts.

“And this was the reason with only three subs, unfortunately – in the other leagues you have five subs – I had to take a decision between bringing on Edinson Cavani or Jesse Lingard, or even the young Alejandro Garnacho, whom I would have loved to have brought on and given a chance after going 3-0 up with 15 minutes to play. But I took the decision to bring on Edinson for the very reasons I just explained to you.

“Had I not brought on someone maybe someone else might have posted it was classless not to bring on Edinson Cavani or somebody else might have posted ‘why didn’t the manager bring on the young Alejandro Garnacho?’ With only three subs and two already done, you have to take a decision and this will not be to the liking of everybody, this is also part of the game.”

Rangnick was then asked whether he has a problem with the posts, to which he insisted he is only focused on football.

“To be honest, I’m not reading a lot, I’ve not had the time in the last six months to read, I’m not on Instagram, as you know, I’m not on Facebook, I’m not engaged in those areas,” he said.

“My focus has always been here, with my coaching staff, to develop the team. In those days with social media, there is always somebody posting something and it’s important for us at the club not to take too much notice of that. Unless it’s the player himself, it might be a different story.”

Barcelona’s stance on including Memphis Depay in Alvaro Morata bid