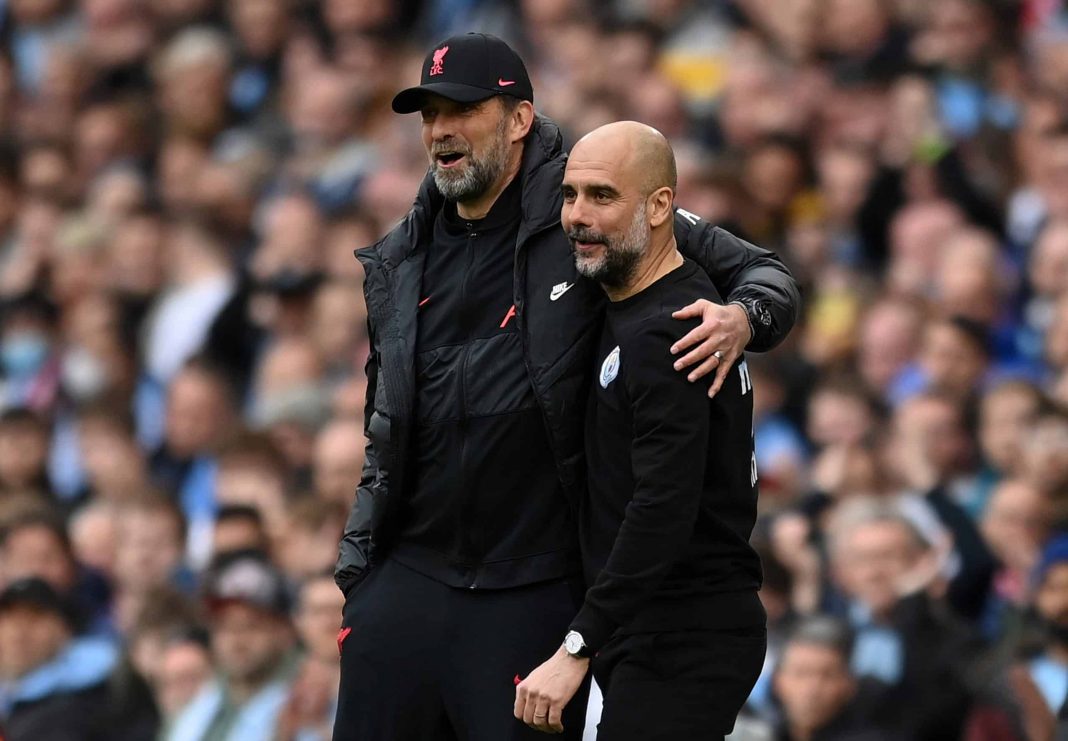 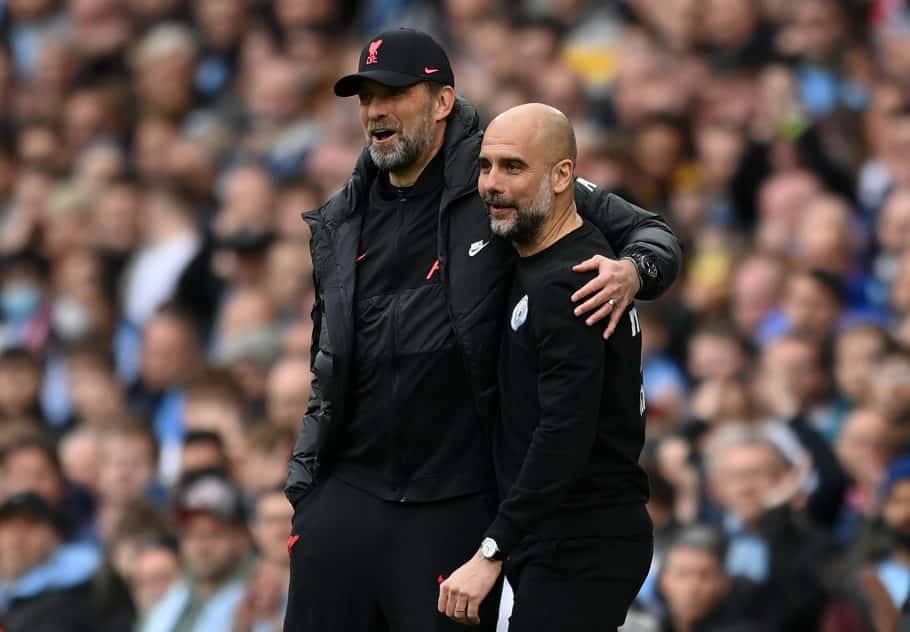 The Premier League’s fixture list for the 2022-23 season has been released ahead of the new campaign which promises to be one of the most exciting yet. Manchester City and Liverpool are set to do battle once more, Manchester United have a new coach, while Tottenham will also fancy their chances.

Aston Villa and Newcastle harbour European ambitions, while Nottingham Forest will be playing their first Premier League football of the 21st century on the opening day.

So here, 101 Great Goals picks out the 5 dates you need to get in your diary ahead of next season…

Manchester City and Liverpool produced a spectacular title race last season which went down to the final day.

Following a stunning late turnaround, Pep Guardiola’s side did just enough against Aston Villa to edge out Jurgen Klopp’s men.

Just one point, in the end, separated City from Liverpool with both once again amassing over 90 points.

Both clubs have already shown their intent ahead of the new season with two new major arrivals.

City triggered the release clause of Erling Haaland whilst the Reds have forked out €100 million for Darwin Núñez, both of whom come into the season with high expectations on their shoulders.

With both teams having strengthened, another epic Manchester City-Liverpool title race is expected. 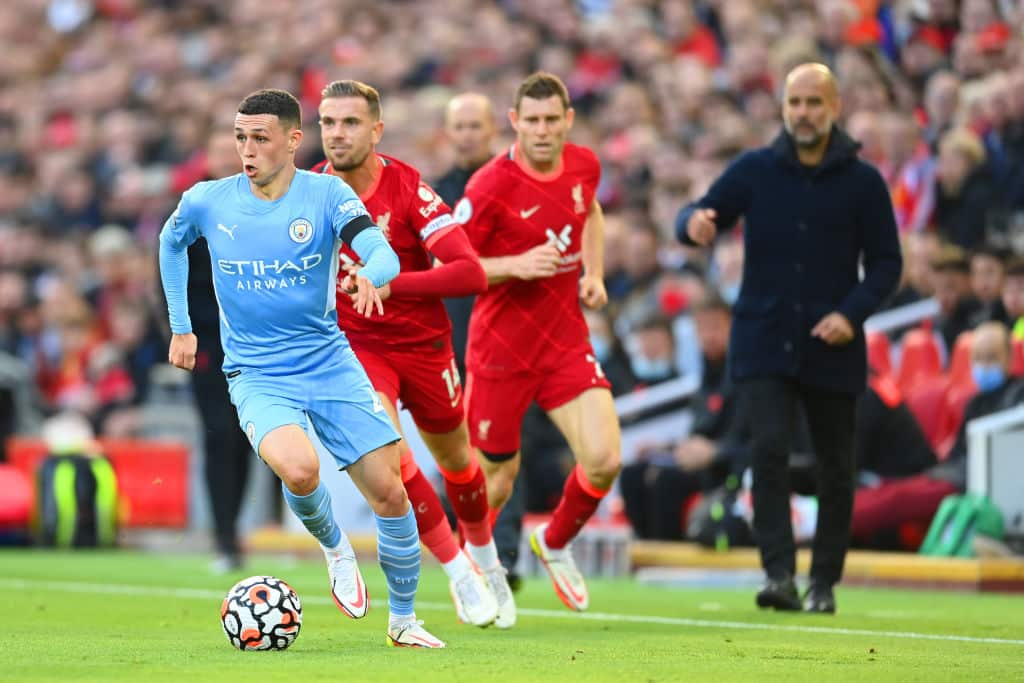 Liverpool and Manchester City are once again expected to challenge for the title this season. (Photo by Michael Regan/Getty Images)

Manchester City finished a staggering 35 points clear of Manchester United last season, with the Red Devils having a torrid campaign on all fronts.

Erik ten Hag arrives at Old Trafford with the aim of bridging that gap, and taking Manchester United back up the table.

The Red Devils will be bidding to at least return back into the top four following a sixth-place finish last term.

Last season, however, City managed to complete the double over their rivals, and with that took the bragging rights for the City once more.

Guardiola’s team won 2-0 at Old Trafford before thrashing United 4-1 back in March. 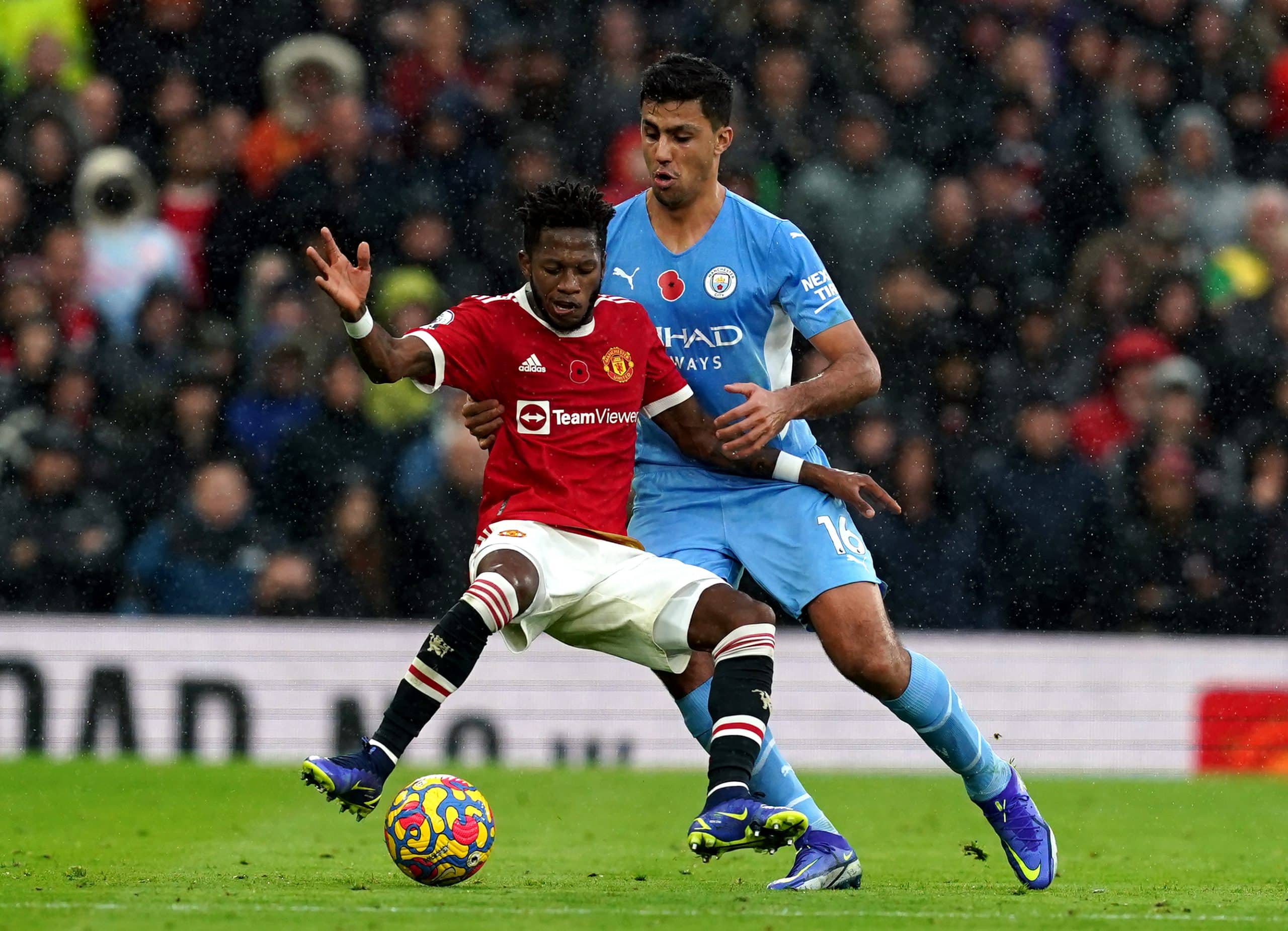 Another fixture Manchester United must improve upon next season is against Liverpool.

Like City, the Reds also did the double over United in the previous campaign, winning with an emphatic aggregate score of 9-0.

Klopp’s team produced their biggest ever win at Old Trafford at 5-0 before also winning 4-0 at Anfield, both times taking their foot off the gas for periods of the game.

Ten Hag faces a quick baptism of fire in Manchester as he prepares his team to face the Reds in just his third game in charge, though the bar cannot be any lower for him to get over. 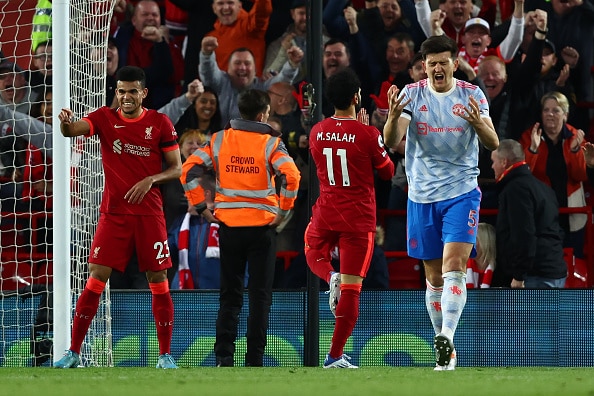 Harry Maguire will be hoping for more watertight performances this season. (Photo by Clive Brunskill/Getty Images)

Not that the north London needed any extra spice, but last season’s finish will have only further fueled tensions between the two clubs.

Spurs won 3-0 to close the gap on Arsenal to just a point before the Gunners lost again to Newcastle, taking fourth out of their hands.

Now, Mikel Arteta’s side will be out for revenge and looking to finally return to the Champions League places.

Meanwhile, Spurs will be hoping to kick on under Antonio Conte as they look to fully back the Italian in the transfer market, and earn what they will feel is some long overdue silverware. 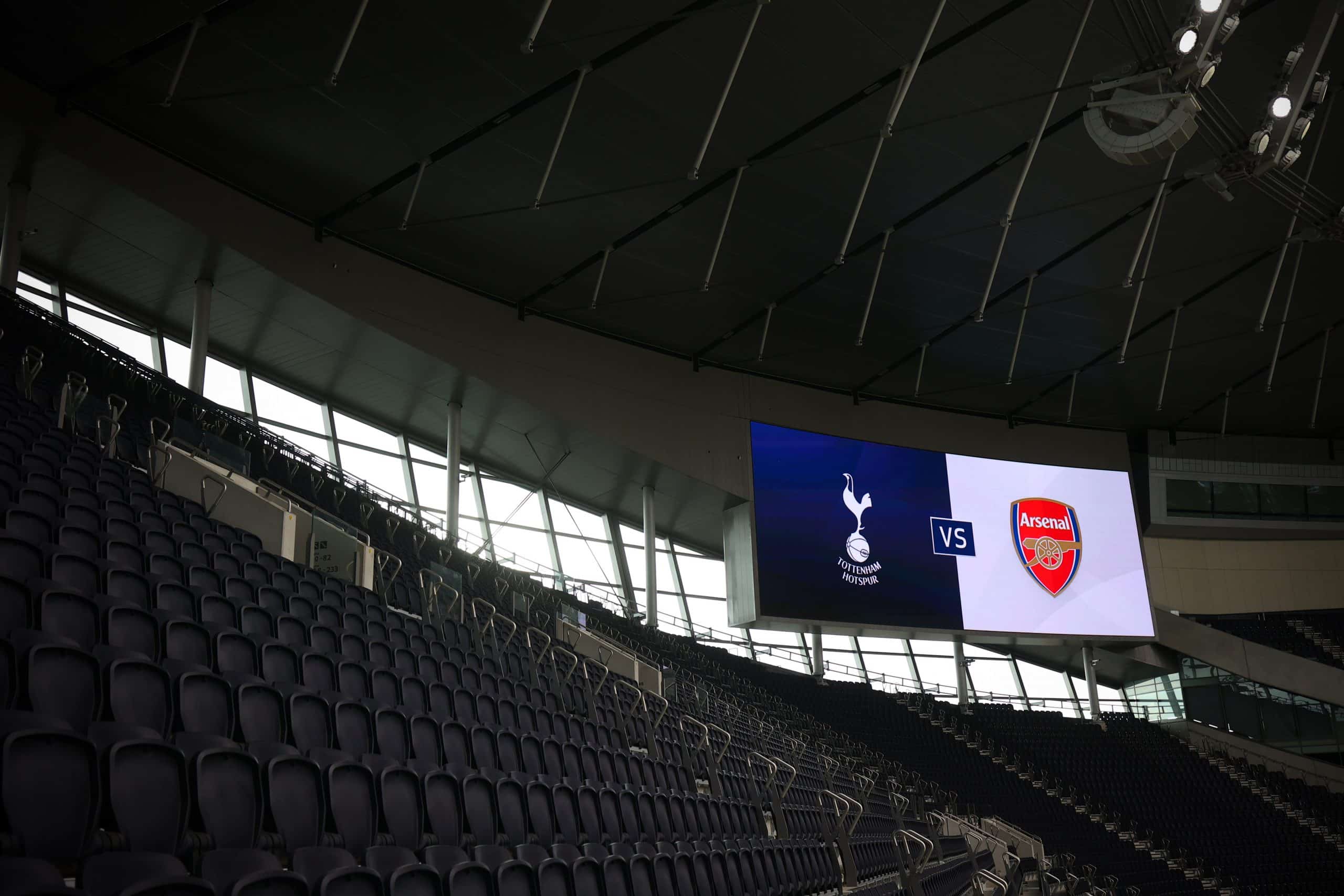 Another of the Premier League’s intense rivalries will see the two clubs from Mesryside go head to head.

Last season nearly saw this fixture not included on next term’s schedule with Everton just about avoiding relegation on the penultimate day of the season, courtesy of a 3-2 win over Crystal Palace at a rampant Goodison Park.

Frank Lampard will be looking to steer well clear of a relegation battle this time around as he starts with a clean slate, however.

But he will need to improve the Toffees’ record in this fixture.

Everton lost both games against Liverpool last season, losing 4-1 at Goodison and then 2-0 at Anfield, and while it remains a derby, there is an air of inevitability about the result.

The Toffees will be wanting that to change. 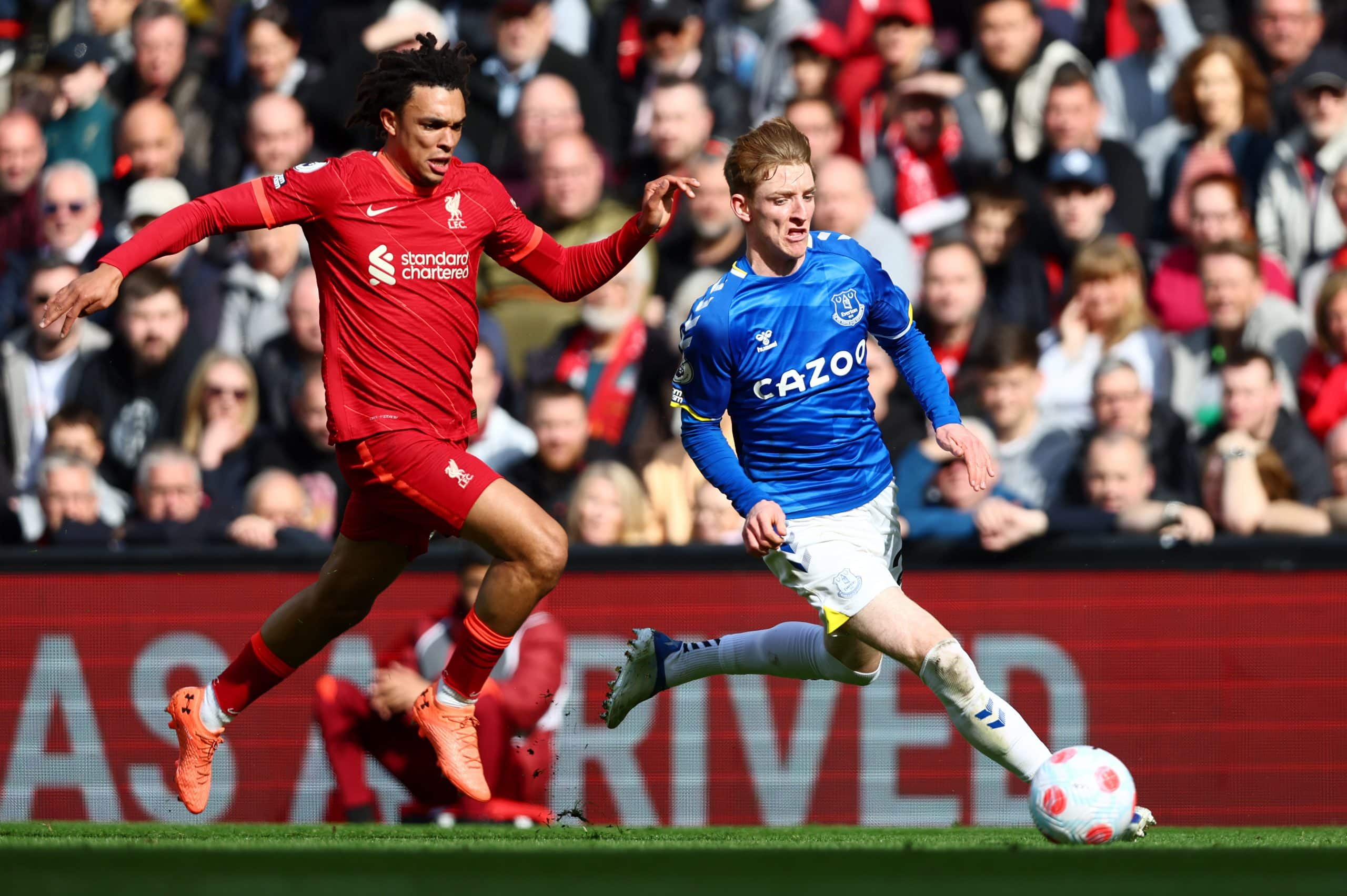 Everton will be looking to stem the tide on Merseyside this season after recent results. (Photo by Clive Brunskill/Getty Images)