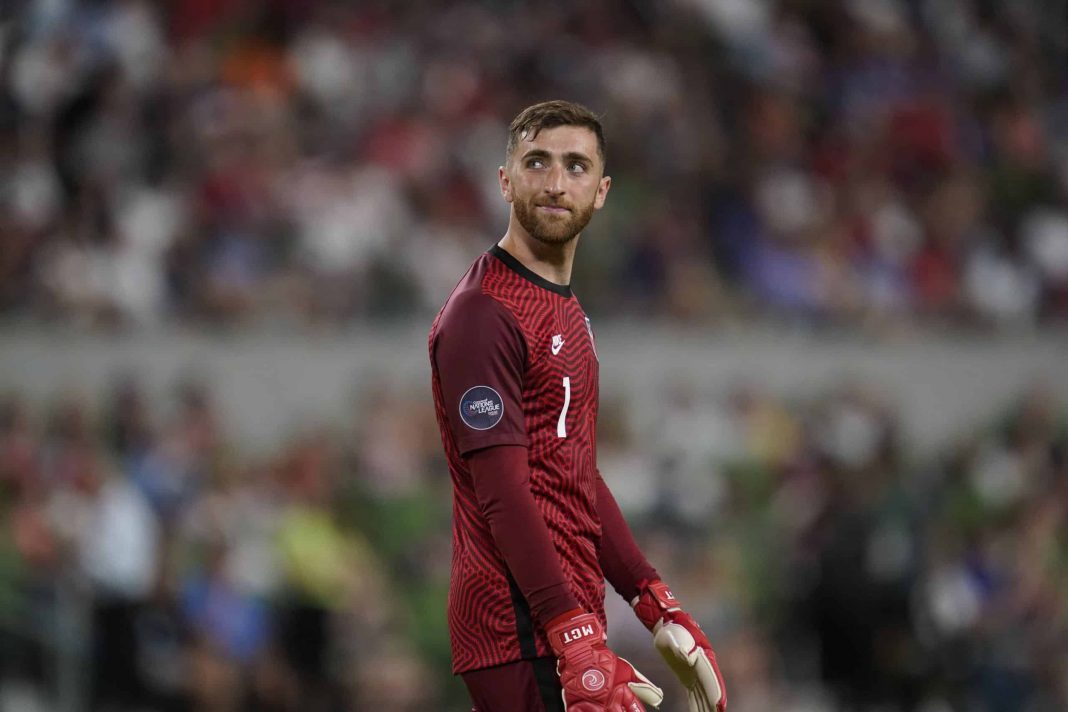 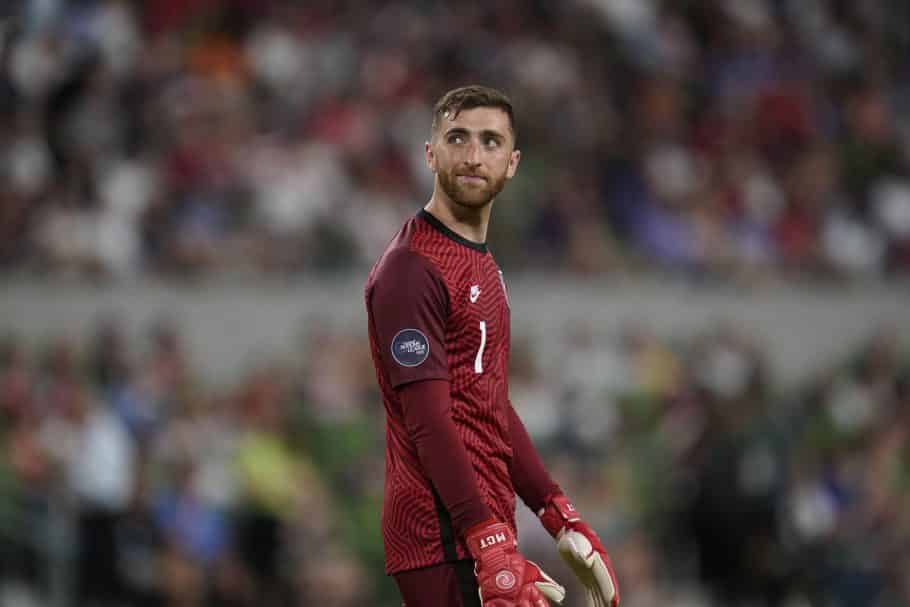 A video of incoming Arsenal goalkeeper Matt Turner to have come to the fore online on Monday will no doubt bring a collective smile to the faces of the Gunners faithful.

This comes after the 27-year-old made his commitment to the red half of north London crystal clear.

Sunday night saw Turner, set to act as backup to Aaron Ramsdale in Mikel Arteta’s squad next season, play out his final fixture in the colours of the New England Revolution.

On the back of the full-time whistle sounding in a 2-1 win over Minnesota United, the United States international, in turn, took some time to show his appreciation to the New England faithful.

Making his way to the crowd, Turner was spotted signing jerseys and pieces of memorabilia held out by supporters, as part of a farewell gesture.

One fan in particular, however, saw their efforts to secure the shot-stopper’s signature come up short in altogether amusing fashion. This came as Turner, with his marker at the ready, clocked the fact that the individual in question was sporting a Tottenham Hotspur jersey.

The New Jersey native could then be heard saying ‘oh, no, no’, before pulling his marker away and moving on to the next set of fans.

Check out footage of the post-match scenes below:

I think he’ll fit in just fine on his side of North London 🔴⚪️😉 pic.twitter.com/pDzmYRACk0

Turning attentions back towards the transfer front, Turner, already joined by Marquinhos and Fabio Vieira as fellow new additions to Mikel Arteta’s ranks this summer, could well soon have yet more new faces to introduce himself to in England’s capital.

This comes with an ongoing recruitment drive on the part of the transfer team at Arsenal having today seen the club step up their pursuit of Leeds United star Raphinha.

In fact, reports stemming from the explosive attacker’s home country of Brazil have gone as far as to suggest that negotiations between the respective boards at the Emirates and Elland Road could bear fruit as soon as this coming week.

Could be to put pressure on Barcelona, time will tell.https://t.co/yLraLgQY4W #afc #lufc #mot