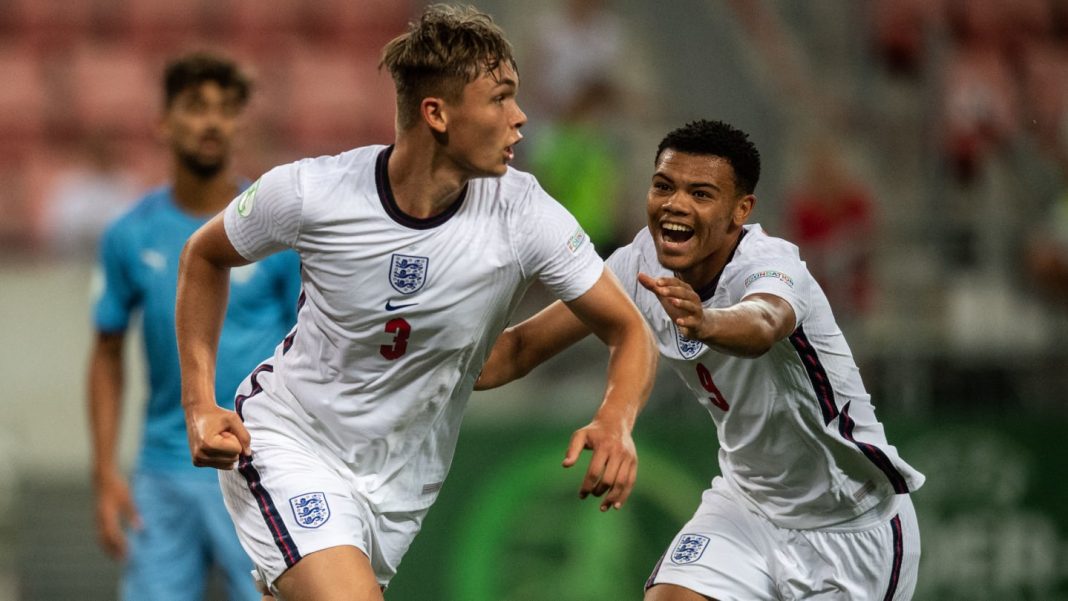 England Under-19s won their second European crown on Friday, seeing off Israel 3-1 in the final to win the European Under-19 Championship for the first time since 2017.

These two sides met in the group stage just a week ago and it was England who came out on top then, so they entered this game as favourites but knew they could not underestimate an Israel side who stunned France in the semi-final.

Indeed, Israel showed the kind of class that had brought them to this stage in the first half. They were by far the better team, stifling England while also creating a number of dangerous chances of their own.

40 minutes in, Israel got the goal their positive play had deserved and there was no surprise who scored it. Maccabi Tel Aviv youngster Oscar Gloukh, one of the top players at this tournament, pulled out some gorgeous footwork in the box before lashing the ball into the top corner to give Ofir Haim’s side a well-deserved lead at the break.

England knew something needed to change quickly and, after coming out for the second half with more positivity, they sneaked an equaliser seven minutes after the interval.

Manchester City centre-back Callum Doyle profited from some chaos in the box following a corner, stabbing the ball over the line from close range to tie things up.

That goal, coupled with the introduction of Aston Villa midfielder Aaron Ramsey, put Ian Foster’s side back in the ascendency for the remainder of the second half.

Extra-time would end up being needed, however, with neither side coming closer than Carney Chukwuemeka’s gorgeous strike from the edge of the box that came crashing back off the Israel post with just over ten minutes to go.

The first period of extra-time saw both sides create nice chances. Peterborough defender Ronnie Edwards, another stand-out of this tournament, was superb at the back to keep Israel out, likely adding an extra zero to his ever-growing price tag.

Eventually, England’s pressure finally led to the go-ahead goal. It was Chukwuemeka, who had been quieter in this game than in his previous outings, who was in the right place at the right time to bundle home a simply superb cross from Chelsea’s Harvey Vale to put the Young Lions ahead with 12 minutes to go.

Israel came hunting for an equaliser and nearly found one through Gloukh, but the young midfielder did not catch his volley cleanly and his scuffed effort was cleared off the line by Doyle.

Just seconds later, Doyle thumped a long ball up to substitute Liam Delap, who showed stunning pace and physicality to shrug his way through the Israeli backline and unleash a shot which was deflected into the path of Ramsey, who quite literally could not miss from two yards out to cap off the occasion.

Why Allan missed out & Richarlison was hauled off early in Everton’s defeat to Crystal...

‘They had lot of chances’ – Liverpool’s Salah claims Manchester City draw was a fair...