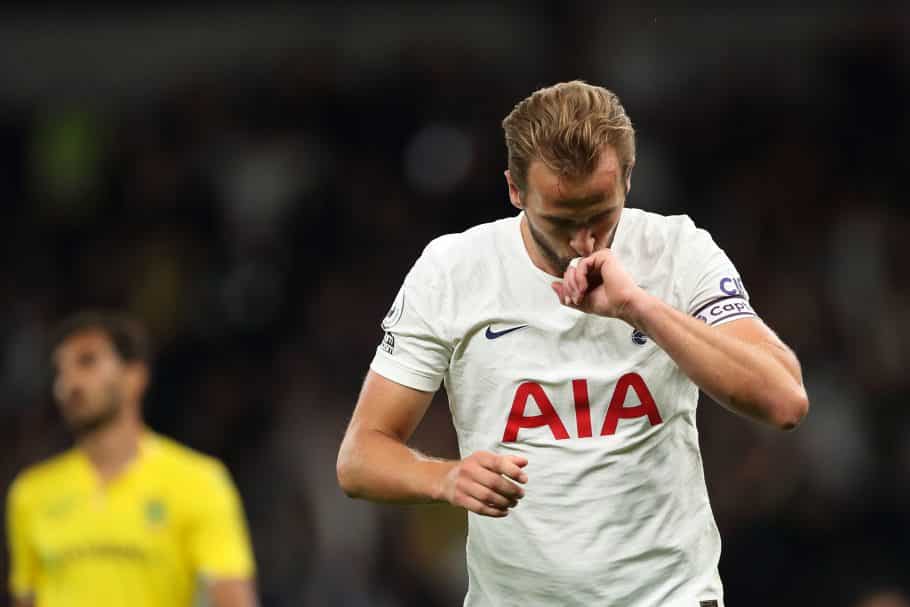 Bayern Munich manager Julian Nagelsmann has been speaking about the club making a potential move for Harry Kane.

The German champions are likely to be on the hunt for a new striker with Robert Lewandowski having joined FC Barcelona.

Tottenham stood firm last summer when Man City came in for Kane and with Antonio Conte now at the club, prizing him away now would be even more challenging.

“We’ll see what happens in the future”

Nagelsmann has hinted that a move for Kane is something Bayern could look into in the future.

The German coach has no doubts that the 28-year-old would be a roaring success in the Bundesliga.

However, he admitted that a move this summer would likely be too expensive for Bayern.

“He could score a lot in the Bundesliga.

“I don’t know the price, but it’s really tough for Bayern Munich.

“We’ll see what happens in the future.”

LONDON, ENGLAND – MARCH 26: Harry Kane of England celebrates after scoring their team’s second goal from the penalty spot during the International Friendly match between England and Switzerland at Wembley Stadium on March 26, 2022 in London, England. (Photo by Ryan Pierse/Getty Images)

Harry Kane is aiming to bring the glory days back to the Lane! 💪⚪ pic.twitter.com/0rZjVExRB8

Harry Kane believes that this could be the season he finally wins silverware in north London.