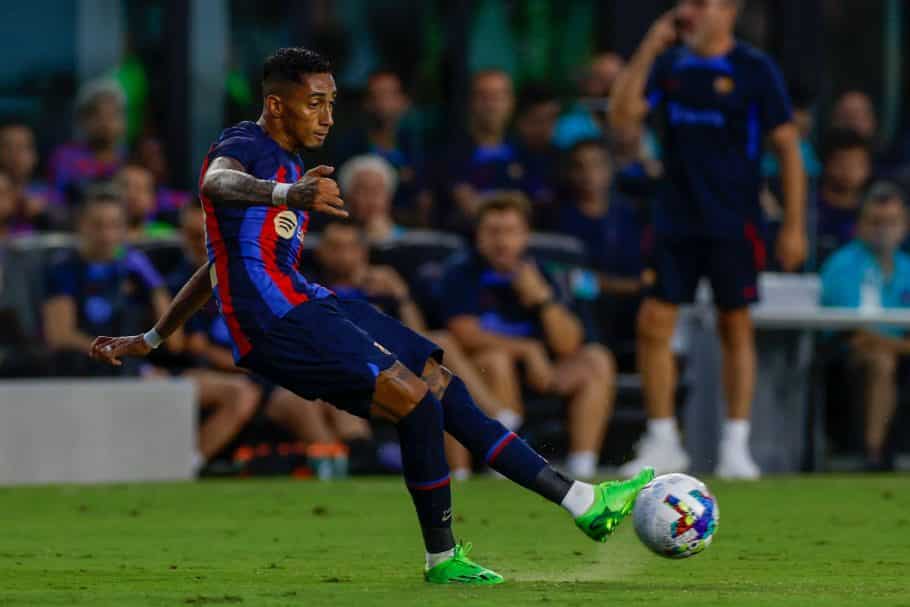 Raphinha joined the Catalan giants this summer after Xavi’s side hijacked Chelsea’s move for the Brazilian, who had in turn hijacked Arsenal’s move for the Leeds United man.

And the Camp Nou side finally got the deal over the line, tabling a £52m offer for Raphinha and making the Brazilian their third signing of the summer.

The 25-year-old was one of three new faces in the Blaugrana line up, with Robert Lewandowski and Andreas Christensen also named in Xavi’s starting XI, while Franck Kessie was named amongst the substitutes.

And, in a tight and typically fiery game, it was the former Leeds man who made all the difference, as he hammered a left-footed strike into the top corner from 25 yards out, leaving Thibaut Courtois with no chance of keeping it out.

It meant that the pre-season honours went the way of the Blaugrana as they look to bounce back from a disappointing 2021-22 campaign, in which they finished second but a mammoth 13 points off their La Liga rivals.

Meanwhile, it seems as though Barcelona may once again be about to pip Chelsea to another signing, this time for Sevilla defender Jules Kounde.

While the Blues have had a bid accepted for the player, it seems more likely that the Frenchman will end up at the Camp Nou this summer at present, though plenty can still change.

Jules Koundé. While Sevilla sources deny any agreement with FCB as negotiations are ‘only with Chelsea’, Barcelona are preparing an official bid to try and hijack the deal – as @gerardromero reports 🚨🇫🇷 #FCB

Watch: All the goals as Arsenal blow away Chelsea plus Erling Haaland’s debut Manchester City strike